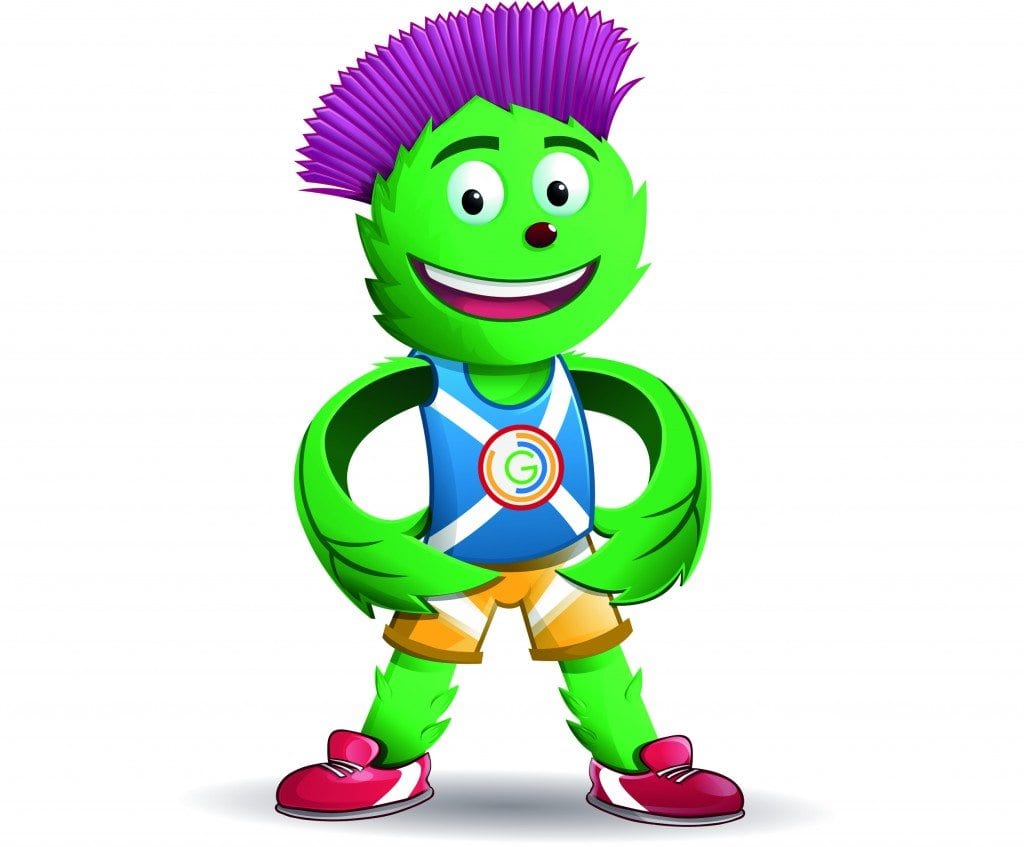 They were treated to a visit from Clyde, the energetic 2014 Commonwealth Games mascot to mark the end a successful summer of sport. He was welcomed to Renfrewshire with colourful celebrations at St Benedict’s High School before travelling to the On-X to cheer on Renfrewshire’s future sporting talent enrolled in the Star Track Athletics camp.

The Commonwealth Games was the theme of this year’s summer programme with participation in six of the disciplines encouraged through the provision of sports specific coaching for rugby, triathlon, hockey, cycling, badminton and athletics.

Supported through funding from EventScotland, children aged primary 7 and above were able to develop their skills within their chosen field by taking part in structured training sessions lead by qualified coaches.

Councillor Jim Harte, Convener of Renfrewshire Council’s Sport, Leisure and Culture Policy Board said, “The summer activities programme forms part of the council’s strategy to develop a sporting legacy inspired by the 2014 Games.

“An active lifestyle is key to achieving and maintaining good health, which is so important if you want to get on and succeed in life.

To take the edge off the hard work and to inject an element of fun into the training, athletes and coaches were encouraged to participate in fancy dress and crazy hair themes and there were visits from local sports personalities including Clyde.

Each child had a set number of attempts in the shot putt and triple jump to see if their combined efforts could beat the respective world records. They also tried to complete 60, 80 or 100m sprints in less time than Usain Bolt’s 200m world record of 19.19 seconds.

Participants received a certificate, a medal and a slap band to celebrate their achievement.

Co-ordinated by the Active Renfrewshire team, course leaders put to use their recently gained Level 1 and Level 2 UK Coaching Certificates. They rounded off the week by putting on a tournament for the children, giving them the opportunity to demonstrate their improved game playing ability in front of spectators.

The ticket ballot for the 2014 Commonwealth Games opens today, Monday 19 August. The council however is keen to remind Renfrewshire residents that they don’t have to wait a year to cheer on Scotland’s elite. The Paisley’s 10k road race and fun race takes place this coming weekend on Sunday 25 August. Residents can take their place on the start line or cheering from the sidelines when the starting gun sounds at 10am. For more information: www.paisley10k.com. Online registration closes at noon on Friday 23 August.