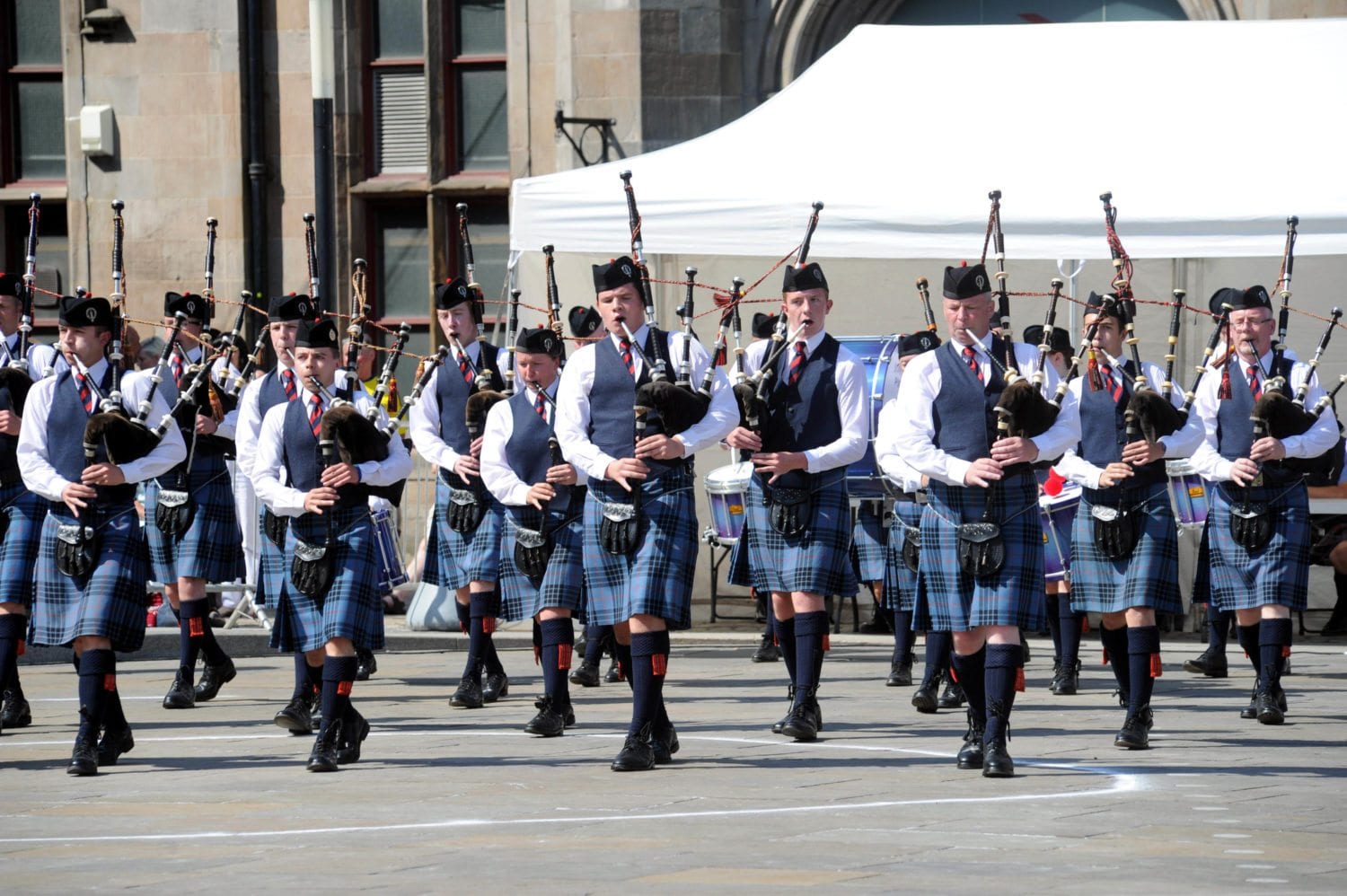 Pipe bands are in tune at town centre event

Some of Scotland’s top pipe bands had fun in the sun at the weekend in Paisley town centre.

The good weather brought out a crowd of thousands as record numbers turned up to watch the fourth annual Paisley Pipe Band Competition on Saturday.

The town centre reverberated to the skirl of the pipes and the beat of the drums as hundreds of performers from across the country marched down the High Street.

The bulk of the action took place in the competition arena in County Square, where bands were marked on their performance by judges from the Royal Scottish Pipe Band Association.

And the occasion was made more poignant with a special trophy awarded on the day in memory of keen piper Craig Hepburn, the Linwood teenager who was killed in Yorkshire just over a year ago.

The event was organised by Renfrewshire Council and the Royal Scottish Pipe Band Association. Chieftain for the day was Renfrewshire’s Depute Provost John Caldwell.

He said: “Once again, the pipe band contest was a superb occasion, and it was a privilege to preside over the day’s events.

“The sunny weather certainly helped us attract a crowd and I’m sure those who came along on the day enjoyed their afternoon out.

“The traditional music flavour is one the town will taste a lot more before the year is over, with Paisley hosting the Royal National Mòd and The Spree arts festival in October.

“The successful staging of events like this helps to promote Paisley as a venue and a destination to visitors and residents alike.”

We also have a selection of Paisley videos available on our Youtube Channel www.youtube.com/paisleyscotland click to visit.