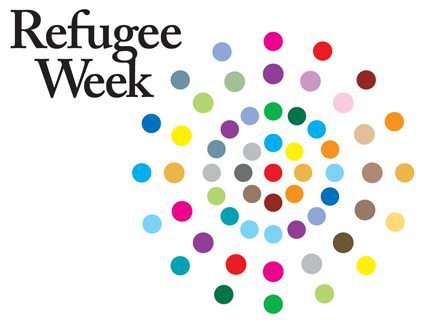 Acclaimed playwright, AJ Taudevin was inspired to create new play, Some Other Mother after working closely with refugees and asylum seekers in and around Glasgow. It is perhaps fitting then, that Some Other Mother is touring a number of Scottish theatres during Refugee Week 2013, a festival that celebrates diversity and raises awareness of refugee issues.

Taking to the stage at Paisley Arts Centre on June 20, Some Other Mother is a story of loss and survival which explores the traumatising impact of the asylum system, regardless of the outcome.

The play is set high up in a Glasgow tower block, where ten-year old Star and her mother await the outcome of their claim for asylum. As Mama’s mind fragments under the pressure of their unknown future, Star constructs a poetic and fantastical world of her own.

Some Other Mother will be at Paisley Arts Centre on Thurs 20 June, 7.30pm. Tickets for this show are now half price at £5 (£3 concession). Tickets can be bought by calling the Box Office on 0300 300 1210 or going online to www.renfrewshire.gov.uk/onlinebooking
The performance is suitable for ages 14+.

For more information on Some Other Mother, future performances or events please visit www.renfrewshire.gov.uk/events or follow us on Facebook www.facebook.com/renfrewshirearts

Details of The Argyll and Sutherland Highlanders parade in Paisley Tomorrow...
Scroll to top