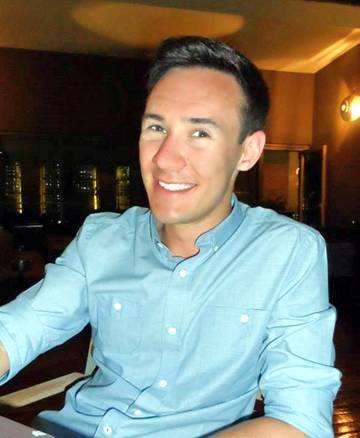 A young Paisley executive is in the running for a national award after proving he can do the business.

Marketing and Events manager Ross Neilson has made it on to the shortlist for the Young Achiever of the Year accolade in the prestigious SCEPTRE awards which recognise the best practice and the best people in the shopping centre industry. Now Ross, 22, who is used to being in charge of special events at the bustling Paisley Piazza will be sitting with VIPs and the best in the industry at the Dorchester Hotel in London on Tuesday (June 25) when the winners will be revealed.

The awards put the spotlight on management teams, retailers and suppliers that demonstrate real excellence with 15 categories up for grabs.

Maureen Hill, manager at the Piazza, said: “This year has seen a record number of entries so it is a fantastic achievement for Ross to make the shortlist with six other young achievers.

“Ross has been employed at The Piazza for 18 months and has made a great impact since he arrived. His contribution towards the performance and success of the centre has been huge and he deserves to be amongst the elite in the industry.”

Maureen added: “Mall income increased to 180% within one year and social media interaction tripled within a year, due to creative thinking and new initiatives such as QR code merchandise, community sponsorship, staff networking and unique events.

Ross has attended a number of workshops to enhance his skills and takes a keen interest in all aspects of centre operations. He has also been heavily involved in a number of Paisley’s community groups, including the Fairtrade group and has been instrumental in bringing a number of unique Fairtrade events into the Piazza.

One of the new initiatives that Ross has championed is an annual “Staff Night In”.  A networking event designed to allow tenants and centre management to informally discuss ideas and develop relationships.