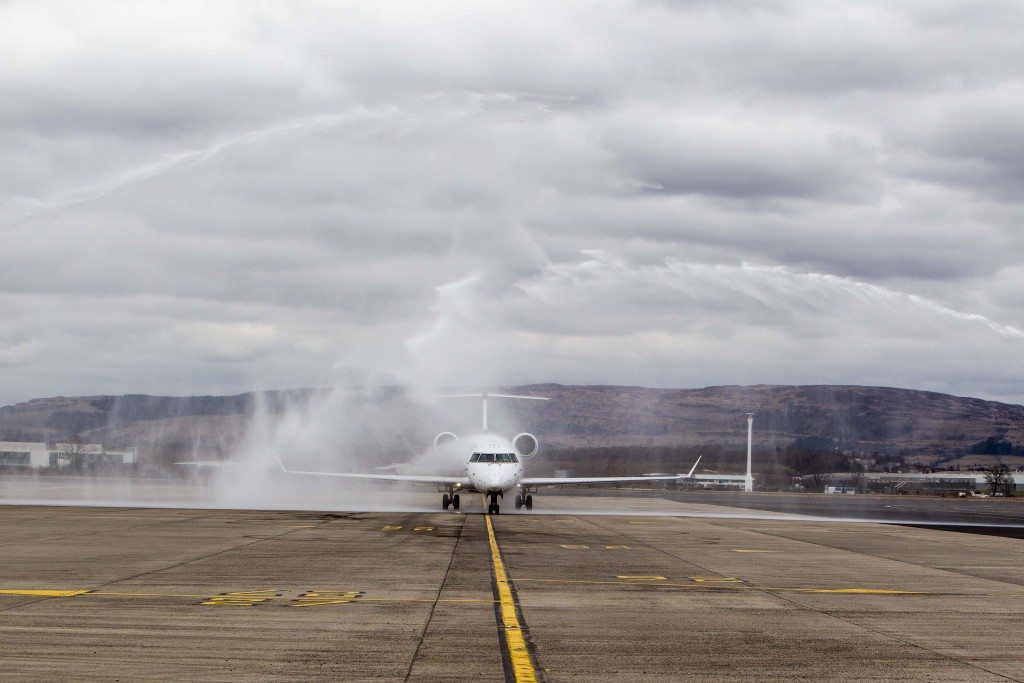 Passenger growth at Glasgow Airport has continued with almost 665,000 people travelling through the airport in May 2013, representing an increase of just under 1% compared to the same period last year.

British Airways’ and easyJet’s London routes along with Flybe’s UK regional services provided a boost for domestic traffic. Demand for international travel also remained strong and the performance of Lufthansa Regional’s Dusseldorf service and Wizz Air’s flights to Warsaw and Gdansk, contributed to a 15% increase in EU scheduled flights. Amanda McMillan, managing director of Glasgow Airport, said: “We have been working closely with our airline partners to introduce new routes and add capacity on existing services and our efforts have been reflected in the continued increase in passenger numbers.

“We are now looking forward to what promises to be a busy summer season and have recruited additional members of staff to meet the extra demand. They will be on-hand to offer assistance to the tens of thousands of passengers who will travel through the airport in the coming weeks and to ensure their holidays get off to the best possible start.”

The airport is continuing with its £17 million investment programme which will see key parts of the main terminal building undergo a major makeover. This includes international arrivals which for many will be the gateway to the 2014 Commonwealth Games.

Earlier this month Glasgow Airport became the first airport in the UK to achieve five stars in a rigorous audit by the British Safety Council. The airport was assessed over four days, achieving the accreditation and the maximum five stars at the first attempt.