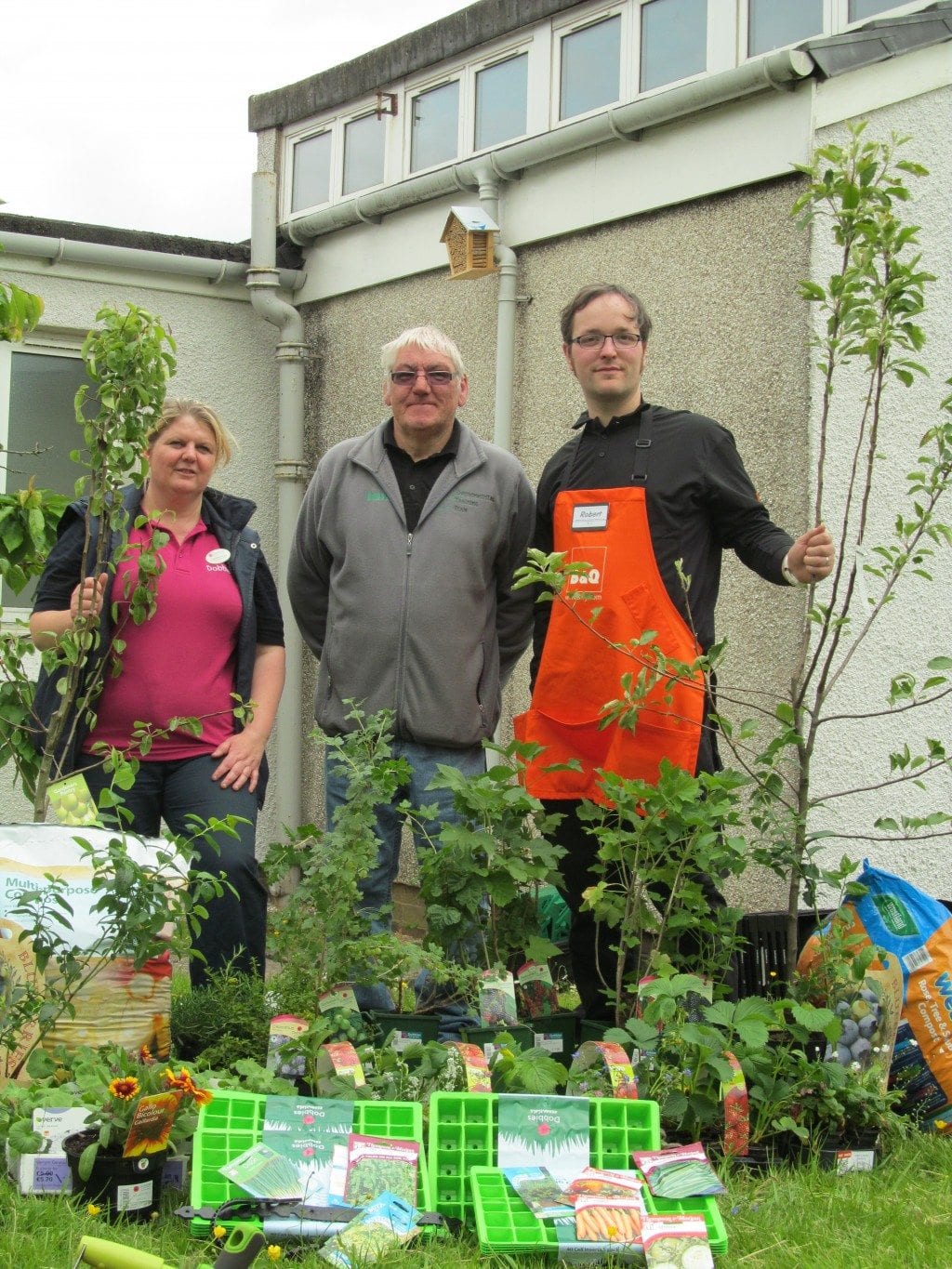 On Monday 1st July the Environmental Training Team begins the huge task of overhauling the gardens at Kersland School.  The school on Ben Nevis Road in Paisley caters for children with additional support needs aged between 5 and 18 years old The project began as a one off offer of a garden tidy being offered as a raffle prize for Kersland School’s BBQ Fundraiser which was on Friday 21st June but soon developed into promises of a major overhaul of all the garden areas and continuing maintenance.

Tracey Clements Marketing and PR Manager for the Environmental Training Team had been in talks with the Community Champions at B&Q Paisley and Dobbies at Braehead regarding donation of plants & seeds etc to make this project a blooming success. On Tuesday 25th June 2013 Robert Walker of B&Q and Lorraine McKay of Dobbies came along to the school with kind donations of a variety of fruit trees, bulbs, seeds, soil, trays and bushes

B&Q are also helping out through their waste donation scheme providing pallets, paint, tiles and paving slabs which although unsellable will be usable in some way during the project.

Tracey Clements of the ETT said “The generosity of B&Q and Dobbies has been overwhelming. They have been so kind and we look forward to keeping in contact with them throughout the project to let them see how it is progressing”

School’s out for sports graduates
Scroll to top