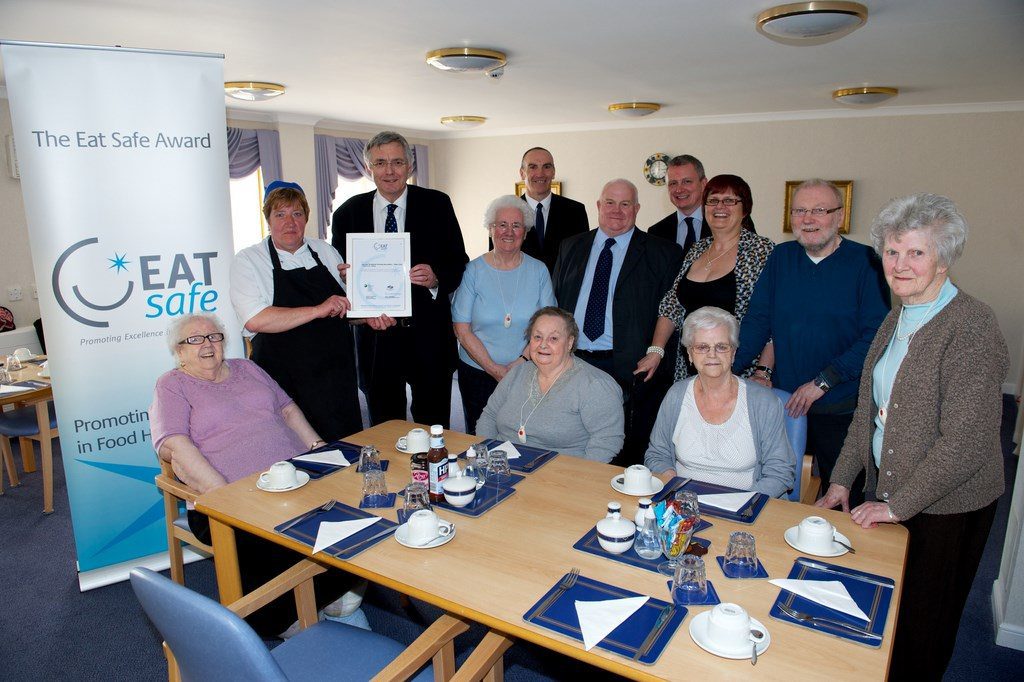 Six establishments get clean bill of health from food bosses

The Rowantree Café in Paisley’s Barshaw Park, Capability Scotland’s Corseford School in Kilbarchan, and four sheltered accommodation units run by Hanover Housing have all been presented with the Eat Safe Award.

The Eat Safe scheme is run by the Food Standards Agency and aims to recognise excellence in food hygiene and food safety management.

It also aims to improve public confidence by showing consumers their food has been prepared with the utmost care.

Councillor Eddie Devine, Convener of Renfrewshire Council’s Environment Policy Board, visited each of the three organisations being honoured by the scheme.

He was joined by Dr Jim Wildgoose, a member of the FSA’s board for Scotland and chair of the Scottish Food Advisory Committee.

Councillor Devine said: “We are delighted to be able to announce these awards and I would like to congratulate all those involved for their achievement.

“It is important for the public to know the highest standards have been applied to the preparation of their food. Each of these buildings can now proudly display a certificate showing they have met those standards.

Tommy Greenhorn, manager for Hanover Housing, said: “Good food hygiene and food safety management standards are a priority for us and we are delighted the efforts of the catering staff have been recognised and rewarded.”

Doris Milne, owner of the Rowantree Café, said “My staff and I are very proud to gain this award, and I would encourage other businesses to go for it.

“We have very loyal customers and it’s nice for them to know that the food is not only homemade but prepared safely too.”

“Food safety is always at the forefront of our team’s minds when preparing nutritious meals for the pupils. It is good to see this being recognised externally by this award.”

Eligible establishments are assessed for the Eat Safe Award as part of scheduled food hygiene inspections carried out by council food enforcement officers.

Since the Eat Safe scheme launched in Scotland in 2005, more than 1,000 establishments have been recognised.

More information on the Food Standards Agency Scotland and the Eat Safe Scheme can be found at www.food.gov.uk.