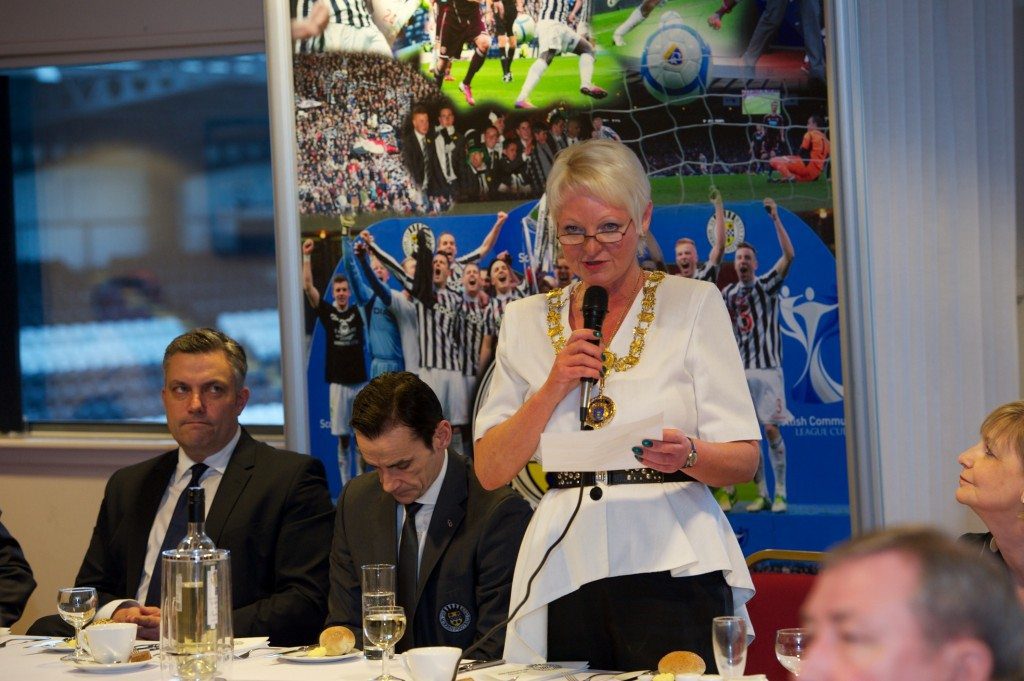 Provost drops in for charity fundraiser.

Renfrewshire Provost Anne Hall will abseil down Renfrewshire House to raise money for her four chosen charities: Saturday 25th May, stalls and inflatables will be open from 11am abseil commencing around 12.00

In addition, each charity shall be setting up stalls to raise money for their own individual charities.

Overseeing the abseil will be Civil Defence Scotland http://www.civildefencescotland.org.uk/ a Scottish charity with a team of dedicated men and women drawn from all walks of life who promote, develop and maintain CDS as a volunteer national emergency response team. The team comprises volunteers trained in a variety of skills in order to assist, primarily, their local communities and also to respond to incidents in any part of Scotland and elsewhere in the United Kingdom when affected by emergencies and disasters, both man-made and natural.

A bouncy castle will be there to keep the kiddies entertained, provided FREE by Irvin Stringfellow and all money raised from this will also be split between the four charities.

The abseil is the first of several charity events the Provost is hoping to host during her term in office and www.paisley.org.uk wishes her every success in this and future fundraising events.

Glasgow News? Daily Updates part of our network
An internationally famous gospel group is to perform at the Oakshaw Trinity...