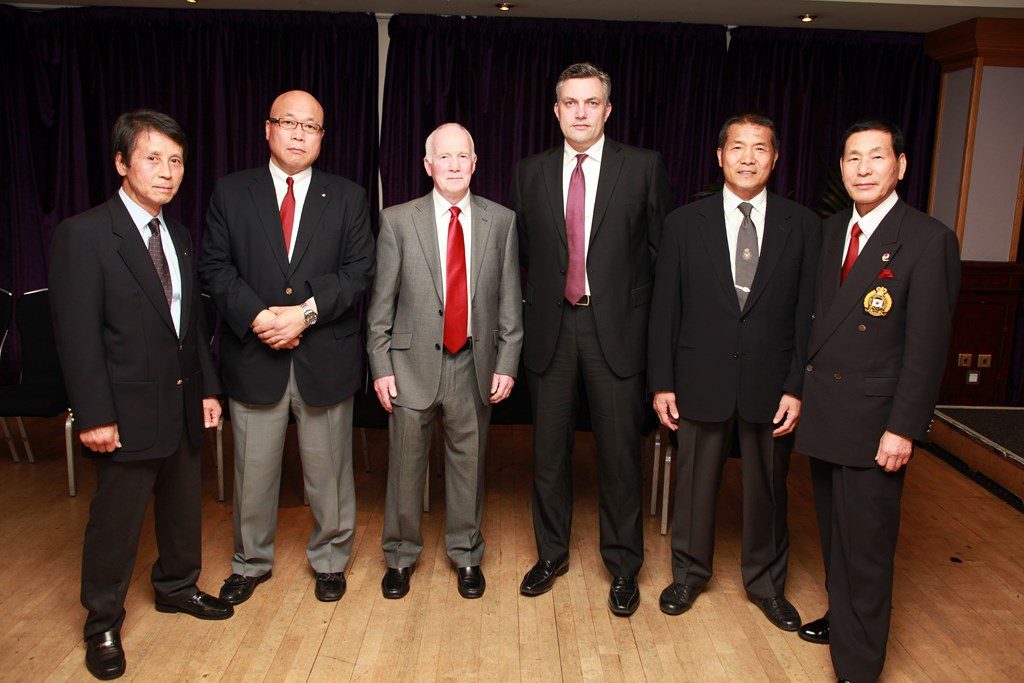 Renfrewshire Council Leader Mark Macmillan laid out the red carpet for a group of dignitaries who visited Paisley at the weekend for a prestigious sporting event.

Councillor Macmillan hosted a reception at Renfrew’s Glynhill Hotel for delegates of the JKAWF traditional karate Afro-Eurasia Championships, which took place over Saturday and Sunday at Paisley’s Lagoon Leisure Centre.

The event saw 72 competitors from 17 different countries – as far afield as Nigeria, South Africa and Russia – travel to Renfrewshire to fight it out.

The event took place in the main sports hall at the Lagoon, which has been transformed over the past few years by an £8.5 million refurbishment. Councillor Macmillan said: “I was delighted to host the reception for the delegates, many of whom had travelled thousands of miles to come to Renfrewshire for these championships.

“The fact the area was able to host a truly international event of this scale is testament to the infrastructure and the standard of sporting facility we have here.

“Hopefully, the success of these championships will allow Renfrewshire to attract other events of this kind in the future.”

The event saw team and individual contests, with elimination rounds on Saturday and finals on Sunday, and attracted a crowd of hundreds over the two days.

The event was organised and brought to Paisley by Elderslie man Ken Taylor, who is the JKAWF’s chief executive for the Afro-Eurasia region.

Ken said: “We put in a bid to bring the event to Scotland and we could have held it in Glasgow, but I wanted it to be in my home area.

“The facilities here at the Lagoon have been ideal and the staff here have been brilliant, they have bent over backwards to help us.

“I would like to thank everyone at Renfrewshire Council for their help in facilitating this event, as that has been much appreciated.”