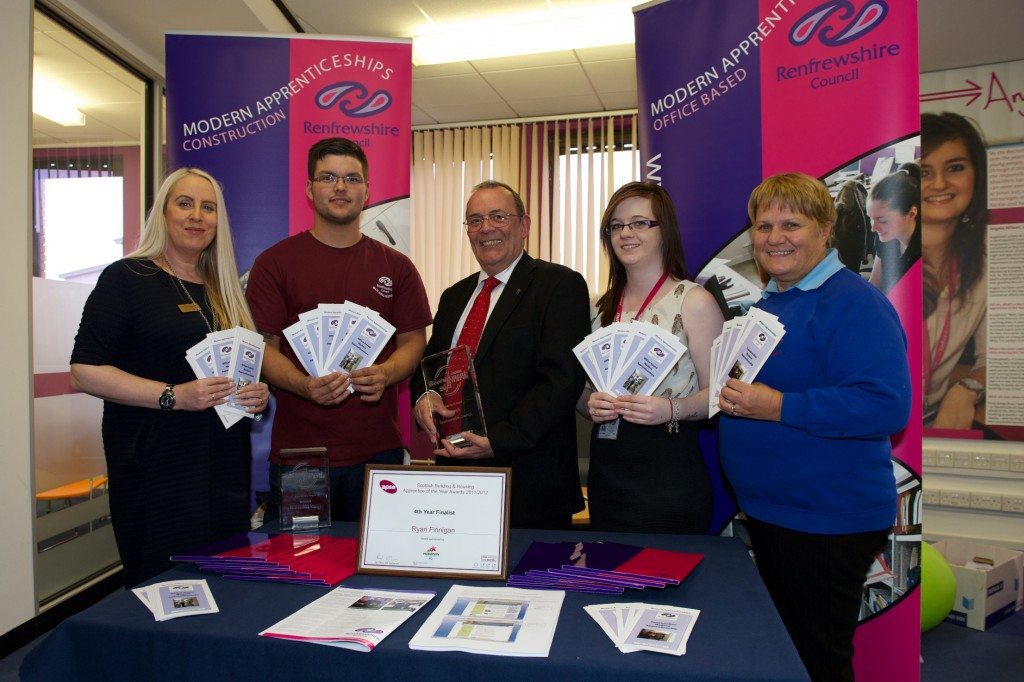 A special event designed to promote the benefits of modern apprenticeships drew a crowd of more than 200 young people to Paisley town centre.

The modern apprentice showcase run by Renfrewshire Council was designed to allow those aged 16 to 19 to meet employers with training and employment opportunities on offer.

Among those there were staff from the council’s own modern apprenticeship scheme, Renfrewshire Leisure, Skills Development Scotland and Reid Kerr College.

Young people planning to leave school or who have left but are not in training or employment were able to chat to representatives about what a modern apprenticeship could offer.

There was also a ‘meet the apprentice’ feature allowing visitors to speak to young people who have benefited from apprenticeships about their own experiences.

The event was taking place as part of Scottish Modern Apprenticeship Week, on from 20 to 24 May.

Councillor Roy Glen, Convener of Renfrewshire Council’s Economy and Jobs Policy Board, paid a visit to the event, which was held at the Youth Employability Hub in Gauze Street, Paisley.

Councillor Glen said: “I was delighted to see such a good turnout on the night – we had more than 200, which was more than we had expected.

“From speaking to some of the exhibitors on the night, I could see there is a great range of apprenticeship options available to young people in Renfrewshire.

“Modern apprenticeships are a great way for young people to pick up valuable on-the-job experience which studying for a vocational qualification at the same time.

“I would encourage any young people looking for a first step on the job ladder to investigate what one could offer.”

The council’s own modern apprentice scheme for 2013 will soon be offering further opportunities in horticulture and in office-based apprenticeships. Posts will be available on the MyJobScotland website.

The scheme was recently honoured at a prestigious national awards ceremony, when it was named the joint-winner of the Apprentice Award category at the s1jobs recruitment awards.