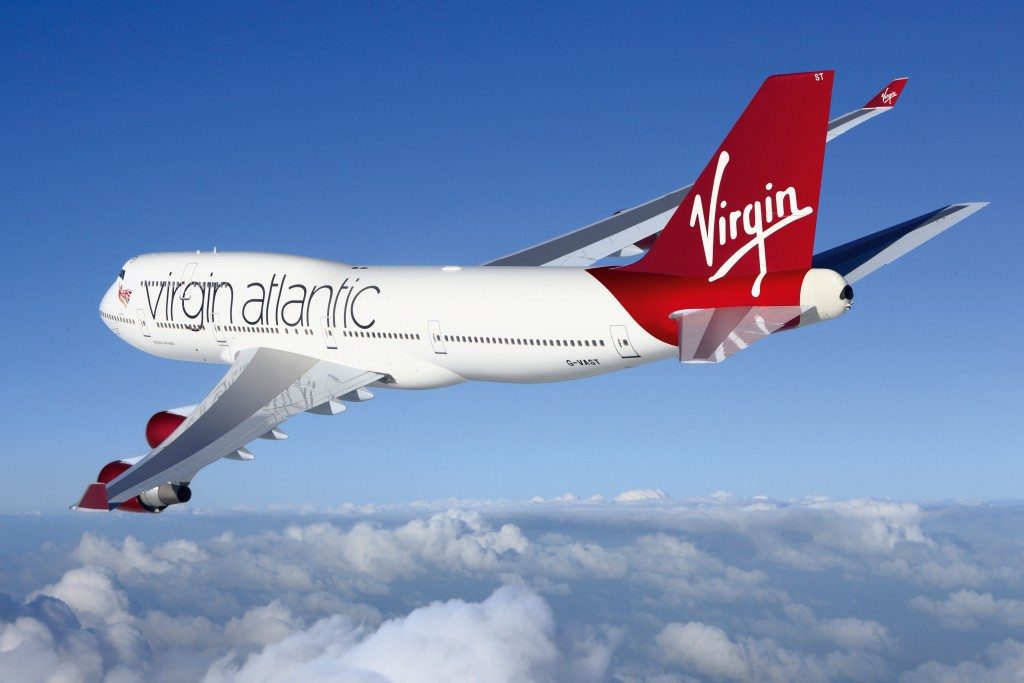 Virgin Atlantic has announced additional capacity on its popular Florida flights from Glasgow Airport this October.

Almost 2,000 extra seats will be made available as a result of the airline’s decision to deploy a Boeing 747 aircraft on its Orlando route during the month.

This will allow Virgin Atlantic to meet the high demand associated with the school holiday week, which is traditionally one of Glasgow Airport’s busiest periods of the year.

The 455 seat jumbo jet will replace a 314 seat Airbus A330 for seven return flights in October, with Scots keen to visit the Sunshine State benefitting from a total of 1,974 additional seats. The Boeing aircraft also features the airline’s award winning Upper Class in addition to the Premium Economy and Economy products available on the Airbus, which is normally deployed by Virgin Atlantic on the Florida route outwith the peak months of June and July.

Edmond Rose, Virgin Atlantic’s director of commercial and revenue planning, commented: “October is proving to be an exceptionally busy month for Scottish holidaymakers travelling out to Florida. To meet this increased demand Virgin Atlantic has taken the decision to bring one of its Boeing 747 aircraft onto the route, adding a significant number of seats.

“We are working really closely with Glasgow Airport and hope to continue to increase capacity out of Glasgow.”

Amanda McMillan, managing director of Glasgow Airport, said: “Since launching in 2007 the Florida flights have been a huge success, carrying nearly 40,000 passengers in 2012, and we are very proud to have such a strong brand as Virgin Atlantic here at Glasgow Airport.

“Florida is a popular destination among Scottish holidaymakers and the decision to increase capacity on this route through the use of a larger aircraft is a clear demonstration of Virgin Atlantic’s commitment to the Glasgow market. We will be working closely with the airline to ensure capacity continues to rise.”