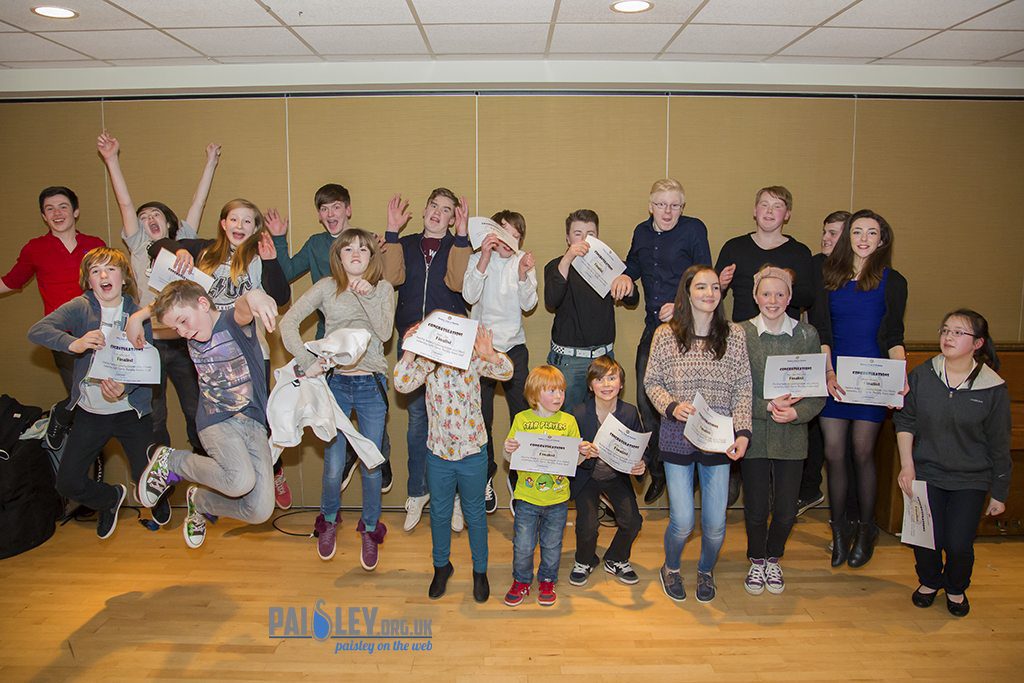 Still Game actor and comedian, Alex Robertson plays host to an exciting talent show in Paisley Town hall on the 20th of April. Organised by the towns Rotary Club to help raise money for its charity work, children and schools from across the whole of Renfrewshire and Glasgow have already battled it out through 5 heats of the highly popular competition now in its 6th year.

48 highly talented acts have made it through to the semi-finals with the winners of each going head to head on the night to find this year’s outright champion.Talented youngsters gave amazing performances in 10 categories including musical theatre, glee clubs, dance, vocals, bands and traditional Scottish Music as the town plays host to this year’s Gaelic Mod. A spokesperson said “The judges faced a very difficult time this year as the level of talent was exceptional and a credit to themselves and their parents”.

Tickets for the event are available from the Paisley Arts Centre’s box office on 0141 887 1010 with the finals taking place at 2pm and 7pm on the 20th of April. Photographs and memorabilia are also on sale to commemorate the occasion with profits going towards the charities work. Further details can be found on http://www.quest4talent