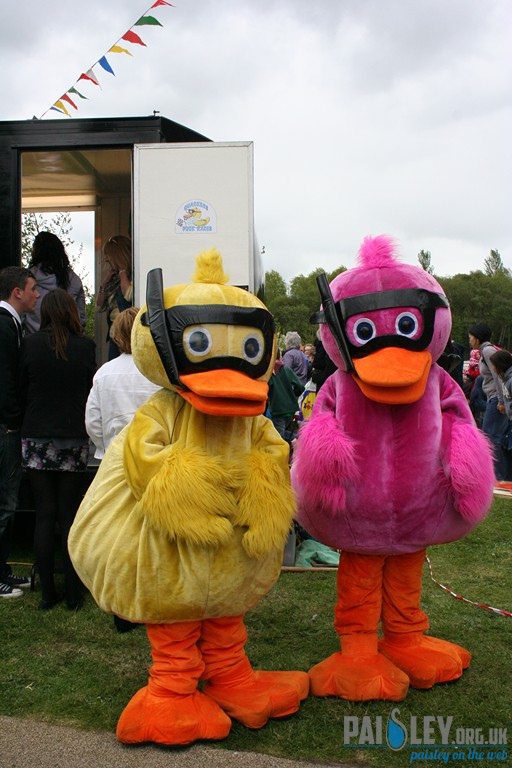 The fun starts at 11.30am with Music being provided by McCallum School of Music and Paisley’s very own Sean Batty, STV’s weatherman will hopefully bring along the sunshine when he starts both races

The Main race starts at 3pm..  You can adopt a duck to enter into the race for £2 or adopt 3 ducks for £5 …. All money raised will be split equally between the Special Care Baby Unit at the Royal Alexandra Hospital and Paisley & District Scout Group

Ducks can be adopted from the following locations… You can also adopt a duck through any member of the Paisley & District Scout Group… And if you don’t know any scouts and cannot make it along to one of the stores don’t worry – you can register your interest on their webpage (http://www.paisleyanddistrict.org.uk/events/duck-race-2013 ) and someone from Paisley & District Scout Group will be in touch.