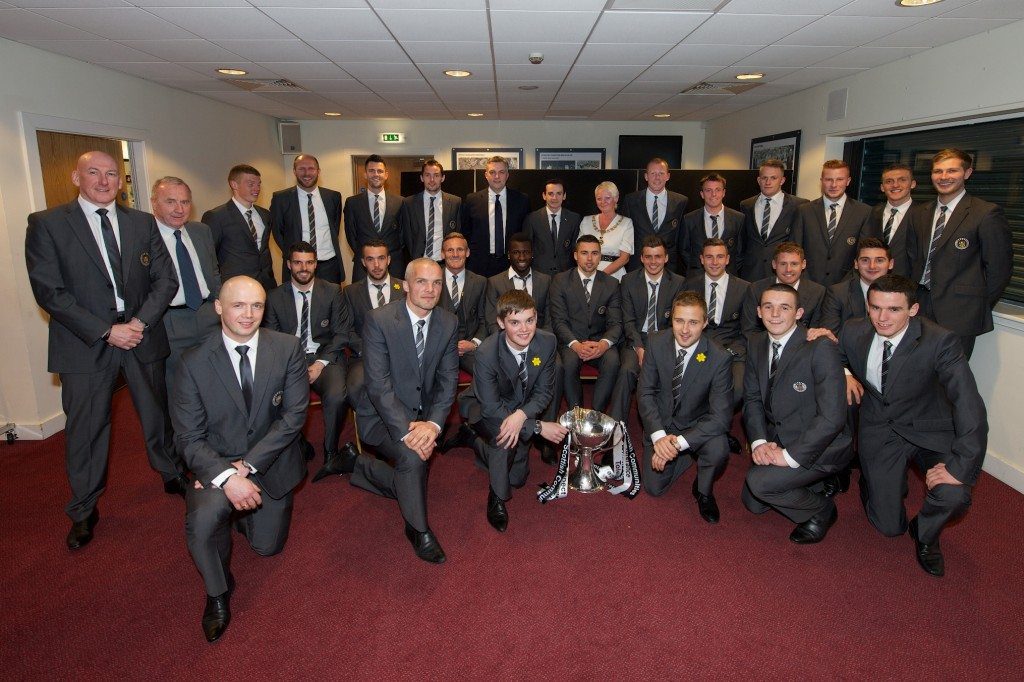 The St Mirren contingent mixed with councillors, local MPS and MSPs and invited guests for a three-course meal.

As Paisley Town Hall is out of action due to a £2.36million refurbishment, the event took place at St Mirren Park.

St Mirren won the Scottish Communities League Cup for the first time in their history last month, defeating Hearts 3-2 in a memorable final at Hampden.

Provost Hall welcomed guests to the reception, and gave a speech praising the club for its achievement in winning the trophy.

After the event, she said: “I was delighted to be able to host the civic reception for St Mirren, and I hope all who were there enjoyed their night.

“It was great to hear manager Danny Lennon and others connected to the club give a first-hand account of how they managed to make history on that day.

“The scenes of joy in the centre of Paisley on the night of the cup final showed just how much the cup win meant to the people of the town.

“St Mirren’s success gave Renfrewshire an occasion it will never forget, and it is a privilege to be able to honour those responsible.”

Provost Hall was joined at the top table by St Mirren vice-chairman George Campbell, who praised the club’s players and staff and thanked the council for the help given to the club.
Around 15,000 black-and-white-bedecked fans made the trip to Glasgow for the game on Sunday March 17.

And thousands lined the streets of Paisley town centre that night to see the team parade the trophy on an open-top bus, before taking to the stage in County Square at the official council-organised victory party.

Me and My Shadow, My Shadow and I
Scroll to top
Go to mobile version