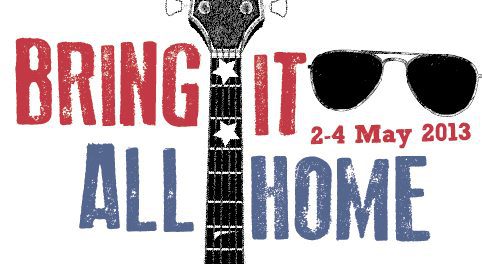 Bringing It All Home for Gerry and the songmakers

Paisley is gearing up to honour one of its favourite sons with a series of songwriting events in the town this May.

Bring It All Home (2 – 4 May) is a celebration of song inspired by the legacy of Gerry Rafferty.  The Paisley-born singer-songwriter, who died in 2011, is known for his iconic hits ‘Baker Street’, ‘Right Down the Line’, and ‘Stuck In The Middle With You’.

Bring It All Home will feature performances from internationally-renowned artists such as Love and Money’s James Grant as well as a celebration of Paisley songwriters. James Grant will open the event in Paisley Abbey on 2 May, where he will welcome friends Chris Thompson(Friends Again and The Bathers), Graham Skinner (Hipsway), Monica Queen (Belle and Sebastian collaboratrix), Fraser Spiers and bandmate and producer Paul McGeehan.

Home-grown songwriting talent will feature with Carol Laula and Yvonne Lyon performing in the Wynd Centre on 3 May and Michael Cassidy, local artist and winner of a council-sponsored songwriting prize in 2012, opening the Abbey concert.

In this first year of a new annual event, budding songwriters can join a free ‘masterclass’ in the town in a special session in Paisley Museum with James Grant.

Paisley’s Songwriting Guild will also perform free in The Bungalow Bar on Thursday 2 May and in Hamishes Hoose (just after the masterclass in the Museum) on Saturday 4 May.

Martha Rafferty, Gerry’s daughter, said: “Gerry’s talent is recognised as much today as it ever was and he would have hoped to inspire people from Paisley to pick up a guitar and try writing a tune or two themselves, I’m sure.”

Renfrewshire Council is backing the event with Council Leader Mark Macmillan describing it as “another step in promoting Paisley as an exciting cultural venue”.

Councillor Macmillan said: “The Paisley music scene has always been incredibly vibrant and we’re doing all we can at Renfrewshire Council to encourage musicians and music fans to the town.

“We’ve been blessed to have talents like Gerry Rafferty over the years and it’s great to have this opportunity to celebrate what he and his music brought to Paisley.

“This is a huge year for music in the town.  In October, Paisley will take centre-stage as the showcase for traditional and contemporary Scottish culture when we see the return of The Spree festival and we play host to the Royal National Mòd.

“All of these events attract people into the town and that’s what we need as we work to regenerate Paisley after some tough years.”

Tickets for the shows on 2-3 May can be bought from www.tickets-scotland.com on 08444 155 221 or from the food counter of Marks & Spencer, High Street, Paisley.

More information about the festival is available online at www.renfrewshire.gov.uk/bringitallhome