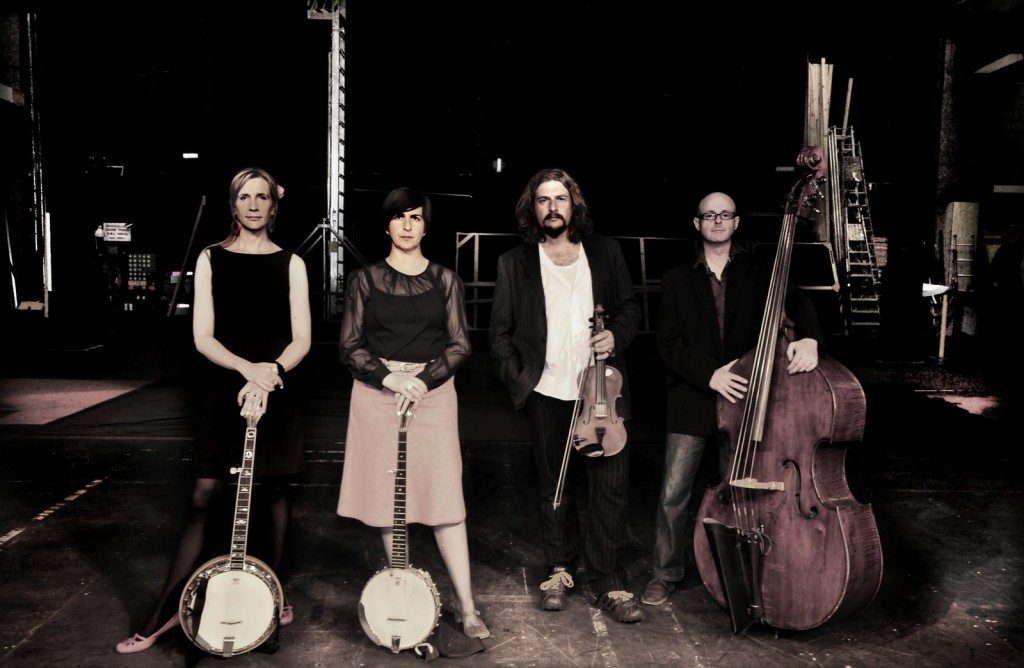 Catch an evocative and atmospheric live set when Blueflint’s tour brings them to Paisley Arts Centre next month.

The Edinburgh based five piece band cleverly intertwine banjos, fiddle, double-bass and drums to accompany the singers in beautifully-crafted songs. They successfully thwart attempts at musical pigeonholing as their fresh and original sound stretches across several musical genres; from the dark underbelly of folk to buoyant Americana-tinged ballads. Then in 2012, Blueflint supported The Proclaimers for six weeks on their Like Comedy UK tour, taking in venues like Edinburgh’s Playhouse and London’s Shepherd’s Bush Empire. Playing in front of audiences ranging from 2000 – 4500 in capacity (just under 80,000 people in total during the tour) Blueflint were met with an overwhelmingly enthusiastic response and have proved themselves to be formidable live performers, gaining a strong reputation and following spanning the length and breadth of the country.

But their latest tour, which sees a stop off in Paisley, is just one of Blueflint’s goals for 2013. In April the band announced they had started work on their hotly anticipated third album which will be packed with fresh new tracks.

Glasgow News? Daily Updates part of our network
Me and My Shadow, My Shadow and I