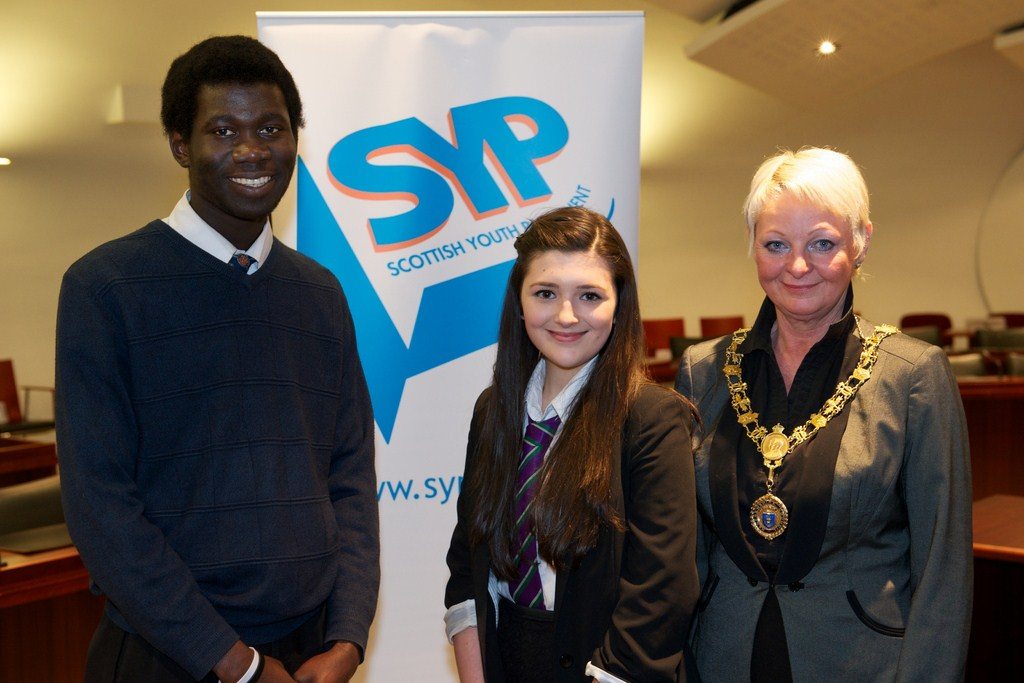 Young people in Renfrewshire have cast their votes to select the area’s representatives in the Scottish Youth Parliament.

Five young people from Renfrewshire were chosen by the votes of people aged between 12 and 25.

Compared to the last Scottish Youth Parliament election in 2011, the numbers of votes cast overall doubled in this election.

Fourteen candidates stood in this election.  The five successful MSYPs will represent Paisley, Renfrewshire South and Renfrewshire North and West.

“Behind the scenes, council staff worked with schools, Reid Kerr College, and the University of the West of Scotland to support the candidates.

The successful candidates were:
Paisley constituency – Denzel Darku and Emma Hendrie
Renfrewshire South constituency – Jordan Buchanan
Renfrewshire North and West constituency – Robyn McKay and Adam Ferns
Councillor Jacqueline Henry, Convener of the Council’s Education Policy Board said: “There was a lot of support for the election process from Council staff, Reid Kerr College, and the University of the West of Scotland.

“The ideas expressed in schools and among young people in general were an indication that everyone was keen to get involved.

“After that it was down to the commitment and the ideas of the candidates themselves to convince voters.

“We’ve encouraged our young people to play their part in the democratic process, and we’re delighted with the turnout.

“The increase in voter turnout is clear evidence that the Scottish Youth Parliament is proving relevant to young people in Renfrewshire and that the Renfrewshire candidates made a real impression on voters.”

Glasgow News? Daily Updates part of our network
Bring It All Home (2 – 4 May) legacy of Gerry Rafferty.