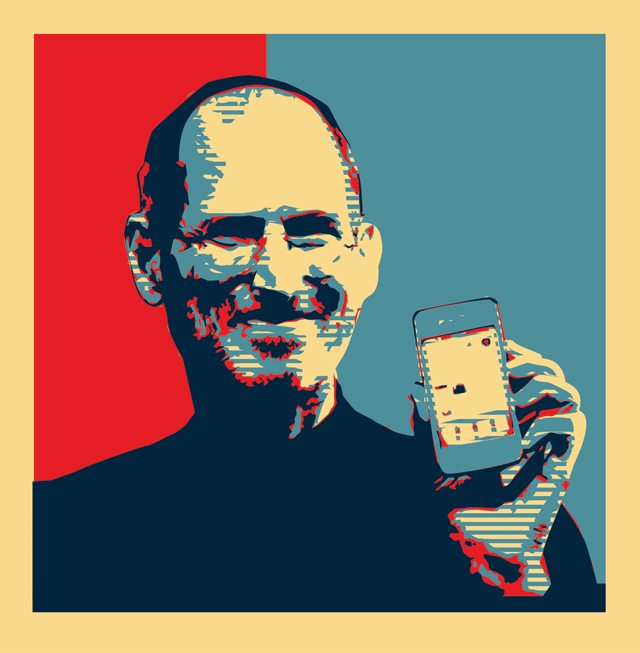 Upcoming theatre performance, ‘The Agony and the Ecstasy of Steve Jobs’ will make you question what you thought you knew about one of the world’s most recognisable and worshipped brands. Both hilarious and harrowing, the piece is described as an ‘emboldened, passionate diatribe’ originally written in 2010 by American monologist Mike Daisey. Despite its author being an Apple fan and an admirer of the corporation’s late, legendary leader Steve Jobs, the tale looks into the legality and morality of electronic sweatshops in China and explores Daisey’s own, growing misgivings about the way in which our beloved iPhones and Apple products are built.

In this production, brought to Paisley by Gilded Balloon Productions, Daisey’s part is played by talented actor Grant O’Rourke. Mixing light-hearted humour (O’Rourke’s gadget geek character confesses to smelling his new technology!) with disturbing tales of armed guards and the toxic effects of hexane within the factories, ‘Agony’ certainly packs a punch that might not be enough to topple an empire, but will certainly give it a righteous shove.

The Agony and the Ecstasy of Steve Jobs will be at Paisley Arts Centre on Fri 12 April, 7.30pm. Tickets cost £10 (£8 conc) and can be booked by calling the Box Office on 0300 300 1210 or going online to www.renfrewshire.gov.uk/onlinebooking.

For further information on The Agony and the Ecstasy of Steve Jobs , future events, exhibitions or shows log on to www.renfrewshire.gov.uk/events or follow us on Facebook www.facebook.com/renfrewshirearts.