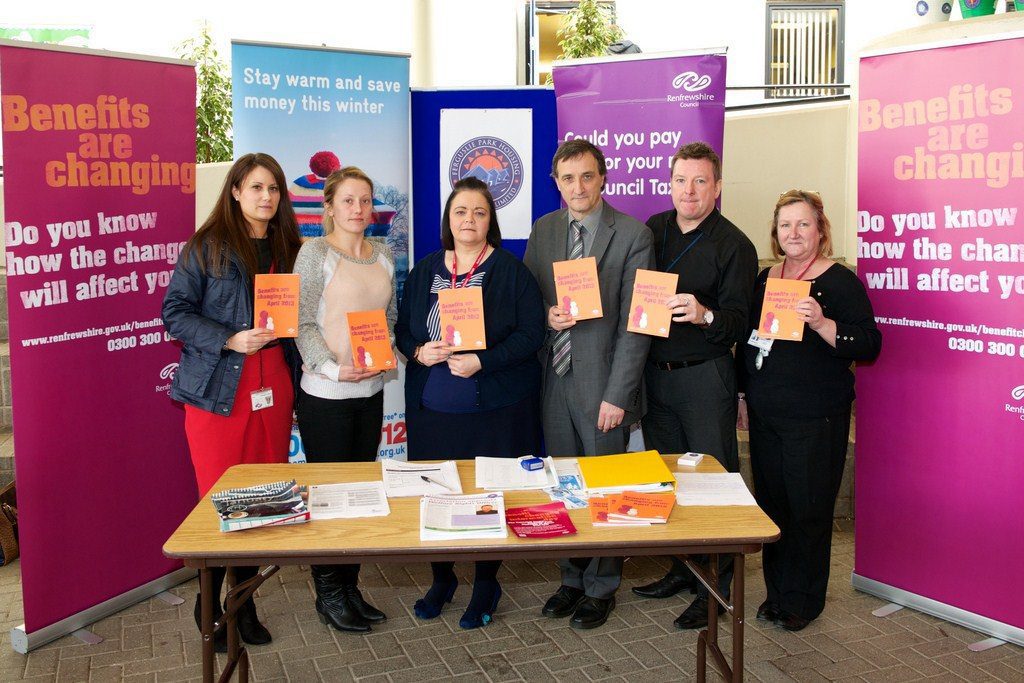 Renfrewshire residents turned out to a special event to spread the word over wide-ranging and controversial changes to the benefits system.

The council-run ‘Benefits are Changing Day’ was held at the Tannahill Centre in Ferguslie Park, Paisley to raise awareness of UK Government’s welfare reform programme.

These include changes to housing benefit – dubbed the ‘bedroom tax’ – which will see cuts in housing benefit for social housing tenants deemed to have more bedrooms than they need. It is thought that the changes – due to come into effect on April 1 – will affect around 3,000 households in Renfrewshire.

Those affected will include council and housing association tenants, who could find themselves with less money to go towards their rent.

Visitors to Benefits are Changing Day were able to speak to a range of advisors about the help available to them.

“Many of the people worst-hit by these changes will be the ones who most need help, with more people at risk of being pushed into poverty and homelessness. “As the council is the body responsible for administering these benefits, we are doing everything we can to make people aware of the changes and what they should do.

“Renfrewshire Council has created a 45-strong team to support and advise local people about the changes, and to help them with financial issues.

“Events such as the Benefits are Changing Day are part of that process, and I was pleased to see so many people turn out to take advantage of the help on offer.”

More information is available on the council website at www.renfrewshire.gov.uk/benefitchanges

Plenty for kids this Easter break
Scroll to top