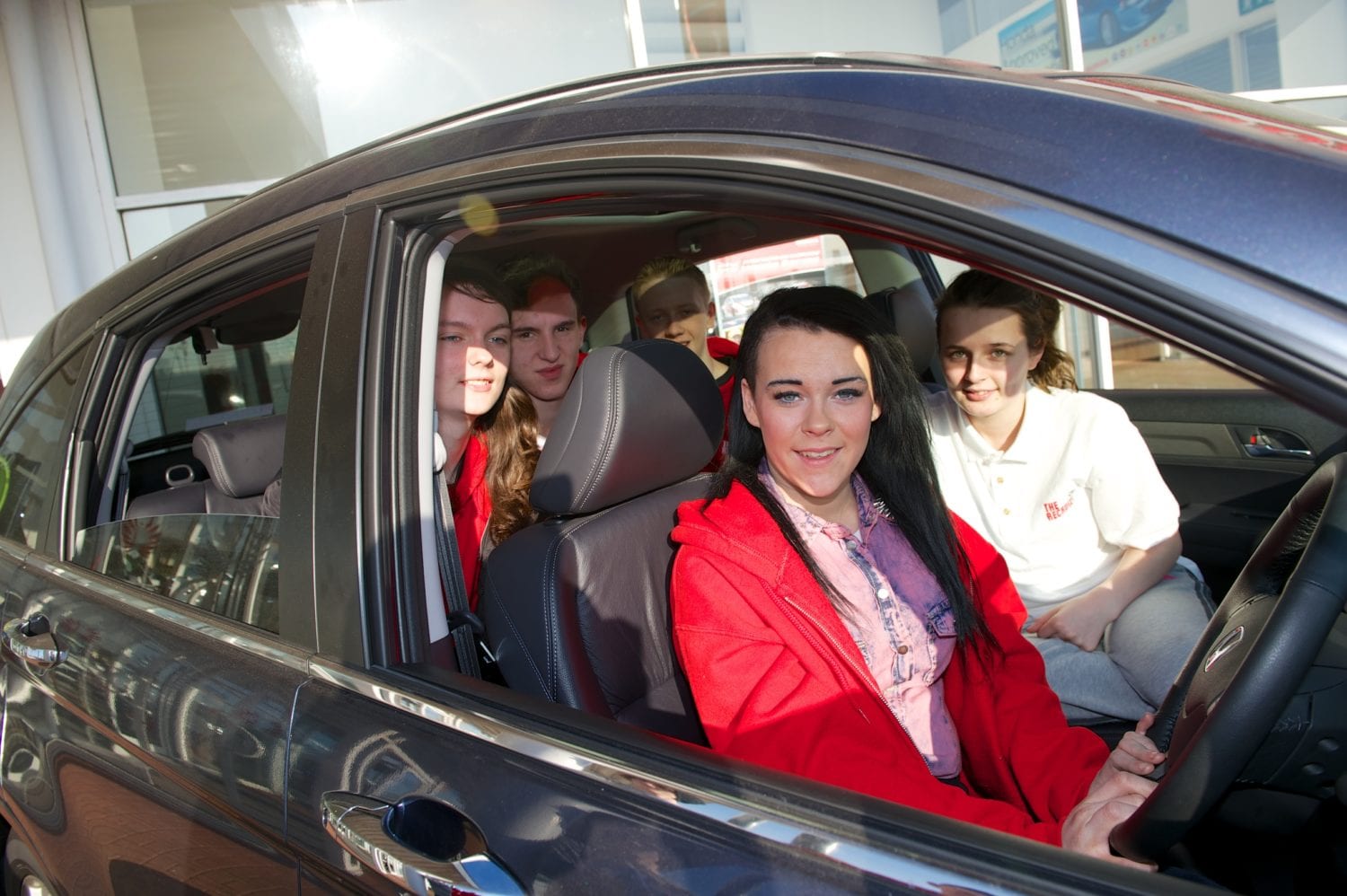 Renfrewshire young Recruits showed they can strike deals on wheels during their latest challenge – by helping to sell a car!

The teenagers on the popular council-run youth employment programme took to the showroom of the Phoenix car group in Linwood as part of a business task.

There, they were asked to plan and design a programme of marketing material for Hyundai and Honda vehicles at the busy dealership.

Phoenix sales staff also posed as customers to test the Recruits’ selling skills. But while there they had the chance to practice on a real customer, who ended up buying a Hyundai i20. The Recruit is loosely based on TV favourite The Apprentice, and sees young people compete in a series of challenges, with jobs on offer for the winners.

Currently, there are two programmes running, one for 16 to 17-year-olds and one for unemployed people aged between 18 and 24.

Colin McGeoch, group training manager at Phoenix car group, said: “We had a very enjoyable day and were delighted to have them here. The Recruit is a very worthwhile project.

“The Recruits were welcomed to Phoenix by John McGuire, our managing director, who told them a bit about the company, before they were given a tour.

“We set them a team challenge to suggest ways we could create more footfall to our showrooms, and picked a winning team at the end.

“We asked them to come up with ideas for radio and press adverts and got to see their reaction when our marketing team brought their creations to life.”

As well as the Phoenix car group task, the teenagers on the first programme have visited Steel Engineering, St Mirren and Renfrewshire Leisure, among others, and received training in first aid and interview techniques.

The Phoenix car group have been long-time supporters of The Recruit, and also take part in a challenge every summer with youngsters on Inverclyde Council’s version of the programme.

The winter version of The Recruit will conclude with a finale event at Renfrew’s Glynhill Hotel later in March.