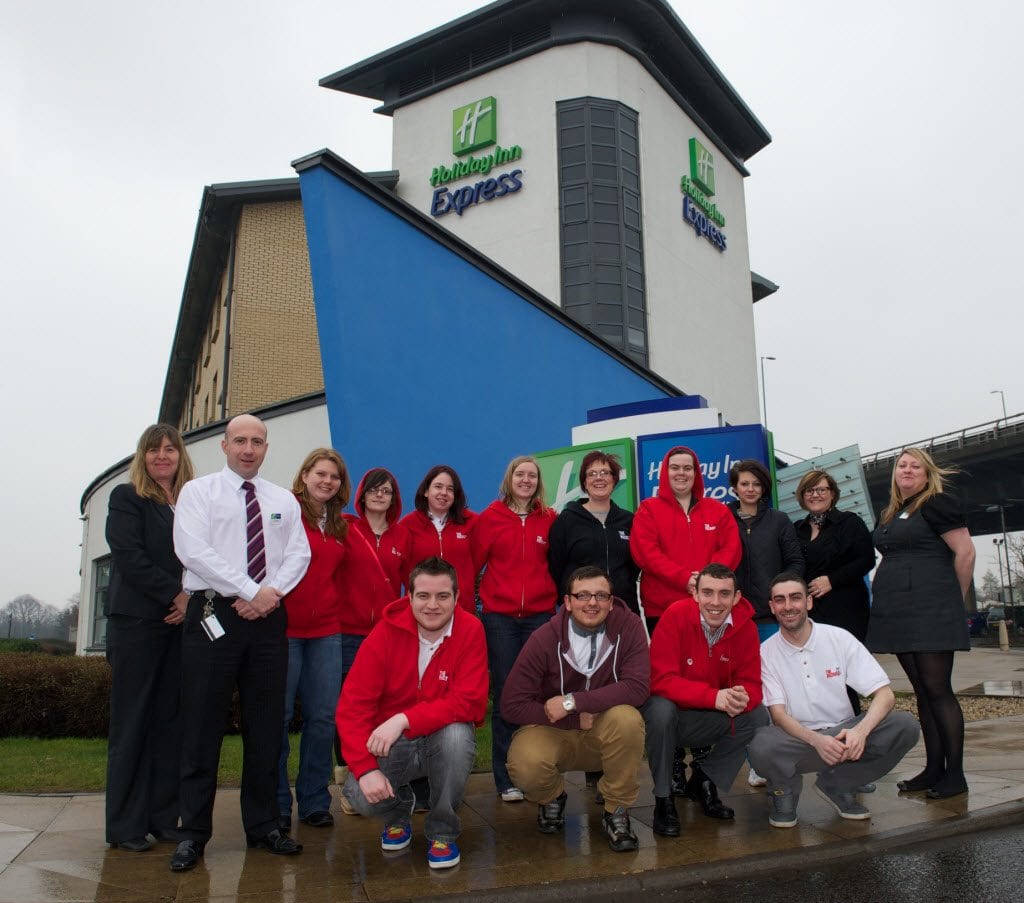 Renfrewshire latest batch of Recruits showed they had it covered when they took part in their latest task – preparing a hotel bedroom.

The young people on the 18-to-24-year-old section of the popular youth employment programme paid a visit to the Holiday Inn Express at Glasgow Airport. The Recruit – loosely based on TV favourite The Apprentice – sees the contestants take part in a series of practical and business-related challenges, with jobs on offer for the winners at the end.

At the hotel, the Recruits were split into pairs and charged with stripping and making the bed, cleaning the bathroom and replenishing the tea and coffee – all under the watchful eye of staff, who judged their work and selected a winner.

The winning Recruits were Joanne Sneddon and Martin Speirs, who each received a prize of a night’s stay at the Holiday Inn Express, along with a meal for two. In the end, hotel bosses were so impressed with the enthusiasm of the Recruits, all those who took part were rewarded with a free night’s stay.

The task was set up by Jobcentre Plus through their partnership with the Airport Recruitment Centre.

Joanne Gallacher of Jobcentre Plus said: “Having worked with the young people at the start of the programme, I was delighted to see the change in them over the past few months.

“They had a real drive and determination to do well and were really passionate about doing a good job.

“The Recruit is a great opportunity for young people – you see such a change in them and it is really inspiring.”

This is one of two Recruit programmes which have been running since new year, the other being for 16-17-year-olds.

Both programmes will end with a finale event at Renfrew’s Glynhill Hotel later this month.

Councillor Roy Glen, Convener of Renfrewshire Council’s Economy and Jobs Policy Board, added: “The winter editions of The Recruit are finishing up after a valuable and enjoyable few months couple of months for all involved.

“I would like to thank all the employers and organisations who have helped us to run these tasks, as their time and expertise help make this project the success it is.”