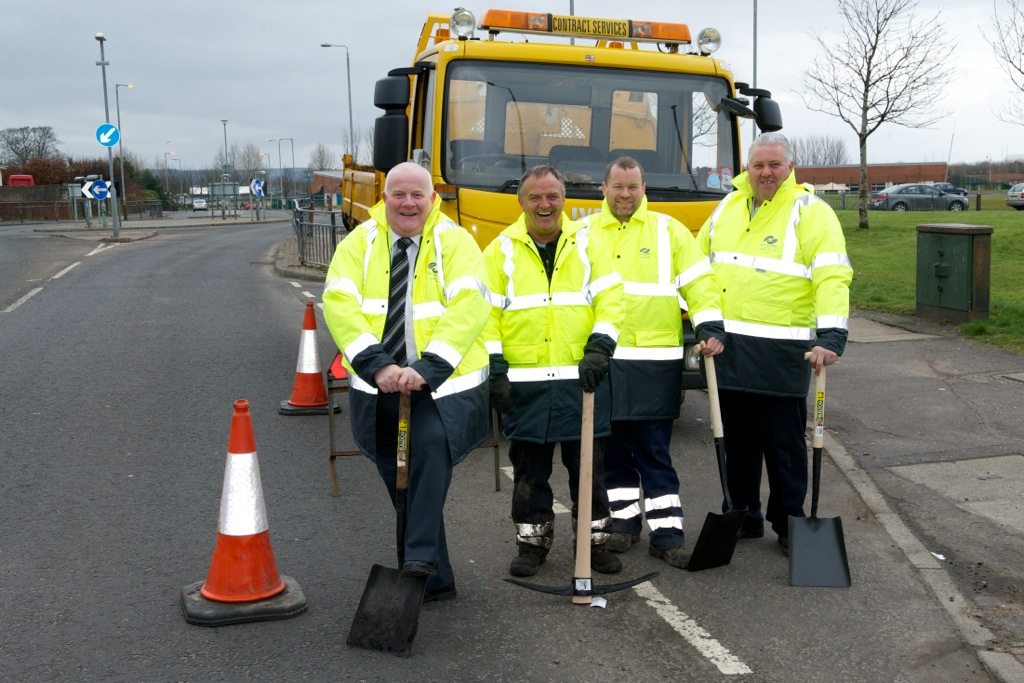 Renfrewshire Council has revealed details of which areas will benefit from a multi-million-pound investment in the area’s roads.

The council is pouring an extra £4.3m of capital investment into road maintenance, meaning a total spend for 2013/4 of £5.7m – the largest-ever investment in roads from the council’s own resources.

Roads engineers have undertaken an exhaustive survey of the area’s transport network – taking in survey results, visual inspections and community feedback to decide where best to target the money.

The biggest chunk of the cash will see £2.4m spent on carriageway resurfacing at up to 60 locations, totalling around 15km of new road surface. The rest of the investment includes;

– work to resurface around 9km of footway at up to 28 locations;

There will also be a £600,000 spend targeted at four residential areas where a significant percentage of roads are deemed in need of attention: Whitehaugh and Foxbar in Paisley; East Corseford, Johnstone; and East Fulton, Linwood.

The announcement comes as the Scottish Road Maintenance Condition Survey for 2012 shows the condition of the area’s roads has improved for the second year in a row.

Councillor Eddie Devine, Convener of Renfrewshire Council’s Environment Policy Board, which agreed the programme of works, has welcomed the investment.

He said: “The council is determined to get the area’s roads into the best possible condition for residents, visitors and businesses, which is why we made it one of the biggest priorities for investment in the most recent budget. “Like all Scottish councils, Renfrewshire has a backlog of road repairs still to be tackled. The exceptionally-severe winters of 2010/11 and 2011/12 caused a lot of damage to the network.

“We fully understand that potholes and uneven roads cause major frustration for drivers, but surveys show we are moving in the right direction and with this investment, we expect further improvement in the next year.

“The council is responsible for over 800km of roads and we know people will understand we cannot resurface every single street.

“The public should be assured our team of engineers have been comprehensive in their work to decide which streets are most in need of resurfacing, and how to do so in the most cost-effective way.”

The Agony and the Ecstasy of Steve Jobs
Scroll to top