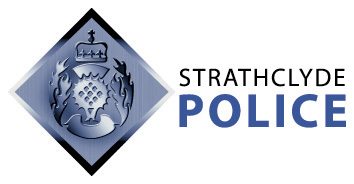 A Paisley pub has been shut down for two weeks after licensing chiefs heard of a series of alleged rule-breaches, including a 6am lock-in.

De Beers, of High Street, Paisley, had its licence suspended for two weeks as of Wednesday 27 March after Renfrewshire Licensing Board heard evidence from police. Strathclyde Police Chief Superintendent Alan Speirs applied to the board for a review of the pub’s premise licence due to the alleged consumption of alcohol outwith permitted hours and other concerns over the management.

In his application, members were told of an incident at around 6am on Sunday 20 January where officers on duty noticed lights on in the pub.

Police alleged that, once inside, they found the premises manager asleep on a couch, and that he and two other staff were ‘significantly intoxicated’.

Police evidence says the pub was ‘littered with half-full glasses’ and that the staff were ‘evasive’, with one claiming they were having a ‘staff meeting’.

The board also heard of another incident two weeks later where the manager was allegedly found to be drunk behind the bar at 1.40am.

He and the two other staff members were the subject of reports to the Procurator Fiscal in relation to these two incidents.

Other incidents detailed in the police report included:

– a routine police inspection which uncovered traces of cocaine in the toilets;

– a 16-year-old who was allegedly caught with a pint of lager in his hand after wandering out of the pub;

– and a man who accepted a fixed-penalty fine for drinking in public after he was found outside the pub with a tall glass of alcohol.

Councillor Alex Murrin, chair of Renfrewshire Licensing Board, said: “The board will take such action as is necessary to make sure its licensing objectives are upheld.

“These include the prevention of crime and disorder, securing public safety, preventing public nuisance, and protecting and improving public health.

“Key to that is for premises to respect the terms of their licence, and that includes making sure they stick to the times they are permitted to be open to sell alcohol.

“While the board understands that the vast majority of pubs within Renfrewshire do operate responsibly, we hope this suspension will serve as a message that we will crack down on any who are found to have broken the rules.”