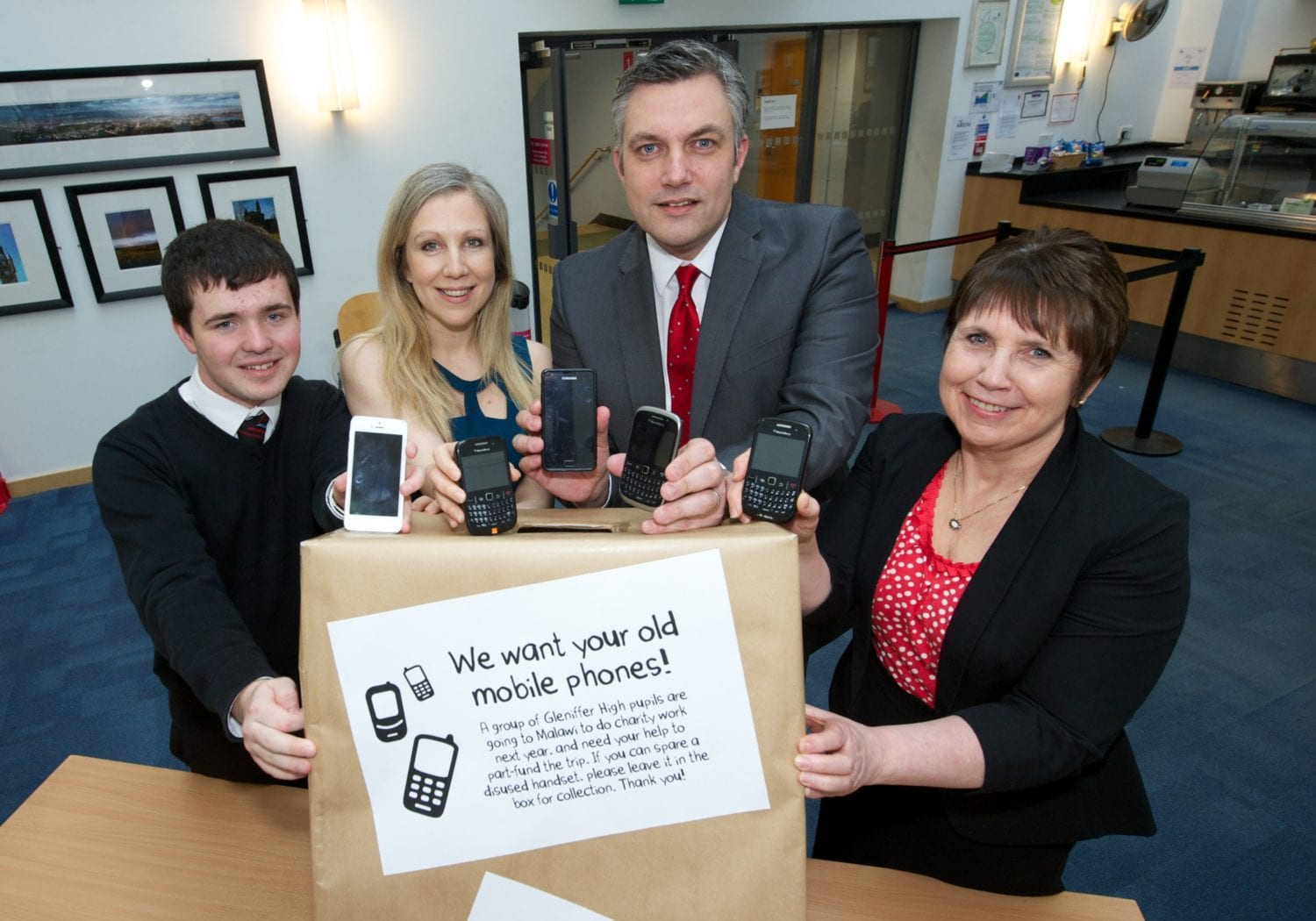 Africa-bound Fraser in call for phones

An enterprising Paisley school pupil hopes to mobilise some help ahead of an African adventure – by funding his journey with old phones.

Fraser Ross, a fourth-year pupil at Gleniffer High, is one of 24 school pupils planning to jet off to Malawi next year to carry out charity work. The youngsters are responsible for funding their own trip, and Fraser came up with the idea of selling off unused phones in a bid to raise cash.

As a helping hand, a box has been placed in council HQ at Cotton Street, Paisley, for staff to drop in their out-of-date mobiles for Fraser to collect.

Fraser and teacher Linda Bowie – one of the staff members going on the trip – visited Renfrewshire House, where they were met by council leader Mark Macmillan, and education convener Jacqueline Henry.

Councillor Macmillan said: “The Gleniffer High pupils are going to Malawi to carry out some very worthwhile work for a great cause.

“I’m sure they will have the trip of a lifetime, and will enjoy an experience which will stay with them forever.”

Councillor Henry added: “The pupils are working hard to raise the funds. Fraser has come up with an excellent idea and when I heard about it, I was keen to help.

“I hope council employees will be kind enough to help him with his ambitions by donating their unused phones.

“And if any other local organisations are able to help the pupils reach their fundraising target, I would encourage them to call the school on tel: 01505 20813116

The 24 pupils and four staff members are due to visit Dzenza Primary School in the Dedza region of the impoverished African country.

There, they hope to be involved in a project to build a new schoolhouse. Gleniffer pupils have already contributed towards various projects at the Malawian school.

Fraser said: “The trip will be a once-in-a lifetime opportunity and myself and the rest of the pupils are already really excited.

“We are really grateful for the help we have received and would like to thank everybody who has donated so far.”

“This is a special project which has generated huge interest in from pupils and parents and we are absolutely delighted to be part of it.”