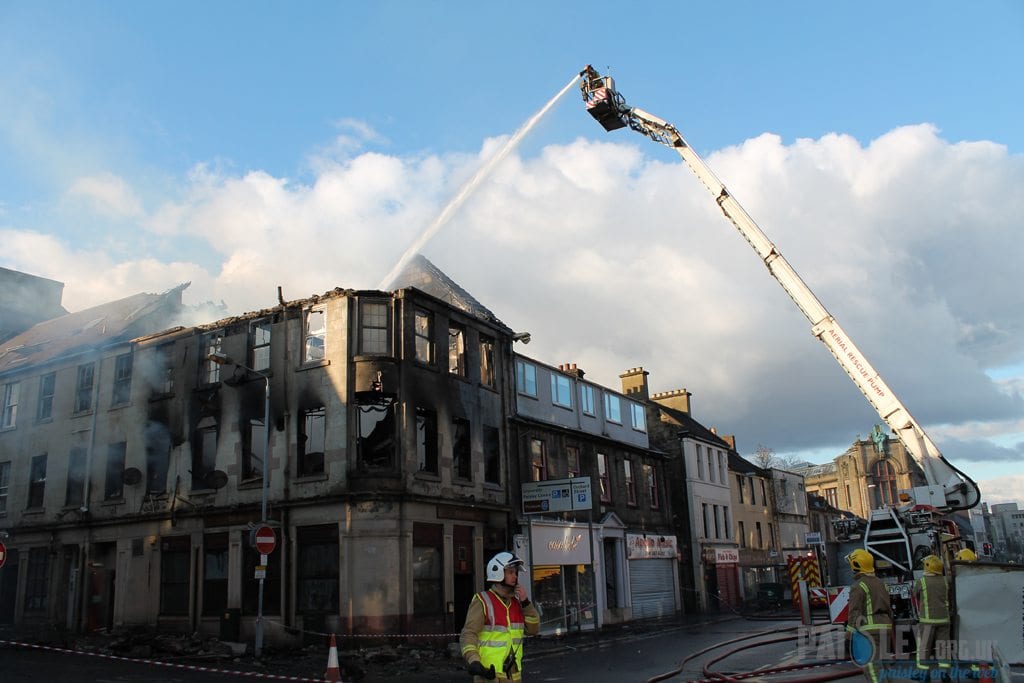 Fire damage to the George Pub on Causeyside Street / George Street, Paisley.
Fire ripped through the building in the early hours of Sunday 24th February 2013; thankfully there are no reports of any injuries. Firefighters from Strathclyde Fire Brigade are dousing the smouldering shell which looks unsafe, while Reigart Demolition are inspecting the premises in preparation for either securing or the demolition of the building. Causeyside Street and the end of George Street are closed to traffic and to the public until further notice. All Paisley Photographs taken by Brian McGuire.

Video of the Fire Damage:

You can keep up to date with everything Paisley by following us on Twitter or on our Facebook Pages.

How to Make a Killing in Bollywood
Scroll to top