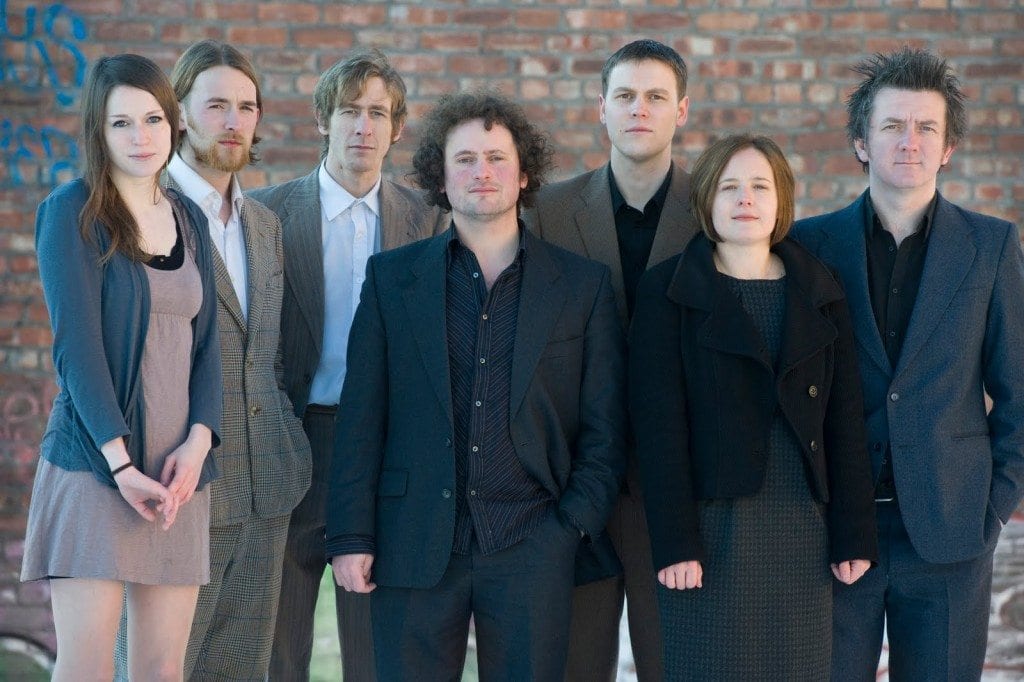 One of the most highly acclaimed folk/bluegrass outfits in the UK today, Southern Tenant Folk Union will bring their unique and enthralling fusion of folk and bluegrass sounds to Paisley Arts Centre next month.

The Edinburgh based, six-piece acoustic band features vocals, mandolin, banjo, guitar, fiddle and double base to create a sound that has earned them strong praise in The Sunday Times, The Guardian and The Independent plus plenty of live sessions on television and radio, notably with Mark Lamarr on BBC Radio 2 and ‘The View’ programme with Irish broadcaster RTÉ. This acclaim is surely set to continue in 2013 as January saw the release of their fifth album ‘Hello Cold, Goodbye Sun’; a collection of new and original material written by five of the collective’s members. With a more difficult and emotionally charged pre-production process than on previous albums, the band have developed a new set of songs that build on some of the soundscape folk from their well-regarded fourth album ‘Pencaitland’ as well as showcasing the growing songwriting, instrumental and vocal talent from within the band.

Join Southern Tenant Folk Union at Paisley Arts Centre as part of their fifth album tour. The gig takes place Saturday 16 March at7.30pm. Tickets cost £12 (£10 conc) and can be booked by calling our Box Office on 0141 887 1010 or logging on towww.renfrewshire.gov.uk/onlinebooking.

Glasgow News? Daily Updates part of our network
Brown bin collections are back for 2013