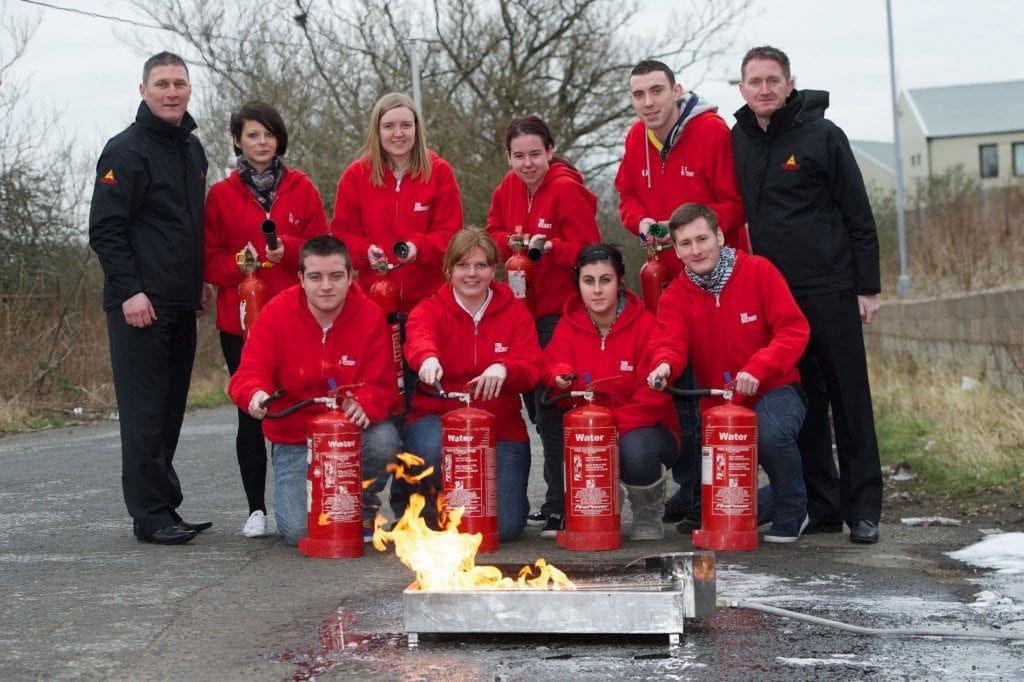 Recruits get trained up in blaze of glory

A group of young people from Renfrewshire’s Recruit programme were put on red alert when they took part in a day of fire warden training.

The Recruits – all aged 18 to 24 – are taking part in the latest edition of the popular youth employability scheme – loosely based on telly favourite The Apprentice.

The two-month-long programme sees them take part in vocational training while competing in a series of challenges designed to help them improve their skills.

The fire training was hosted by Paisley-based company Code Red, which helps educate organisations about fire safety and first aid.

The young people were given a presentation on fire safety and took part in some group exercises – including using extinguishers to tackle a real fire!

James McMahon, director of Code Red, said: “We are a local firm so it is an honour and pleasure to be part of The Recruit and to give something back to the community.

“This was the first time we have been involved with The Recruit but we enjoyed the day immensely.

“We talked to them about the importance of fire training and about what the role of a fire warden involves.

“This means the Recruits now have all they need to be fire wardens at any future employer – they know how to use extinguishers and evacuate buildings.”

Recruit Kathryn Ingram, 20, originally from South Africa, but who now lives in Paisley, said: “The Recruit is really fabulous and I would recommend it to anyone.

“It is tough to get a job, as you often find you can apply for things and never hear back.

“But this is a great way to improve your skills and knowledge. Even getting the chance to meet new people is good too.

“I really look forward to it – sometimes the days where we aren’t in seem boring in comparison!”

Currently, there are two editions of The Recruit – one is for 16 and 17-year-old school leavers, and the other for unemployed young people aged from 18 to 25.

Both programmes are set to conclude with a grand finale at Renfrew’s Glynhill Hotel in March, with the winners on the night to receive job offers.

Songs of Praise recording at Paisley Abbey
Scroll to top