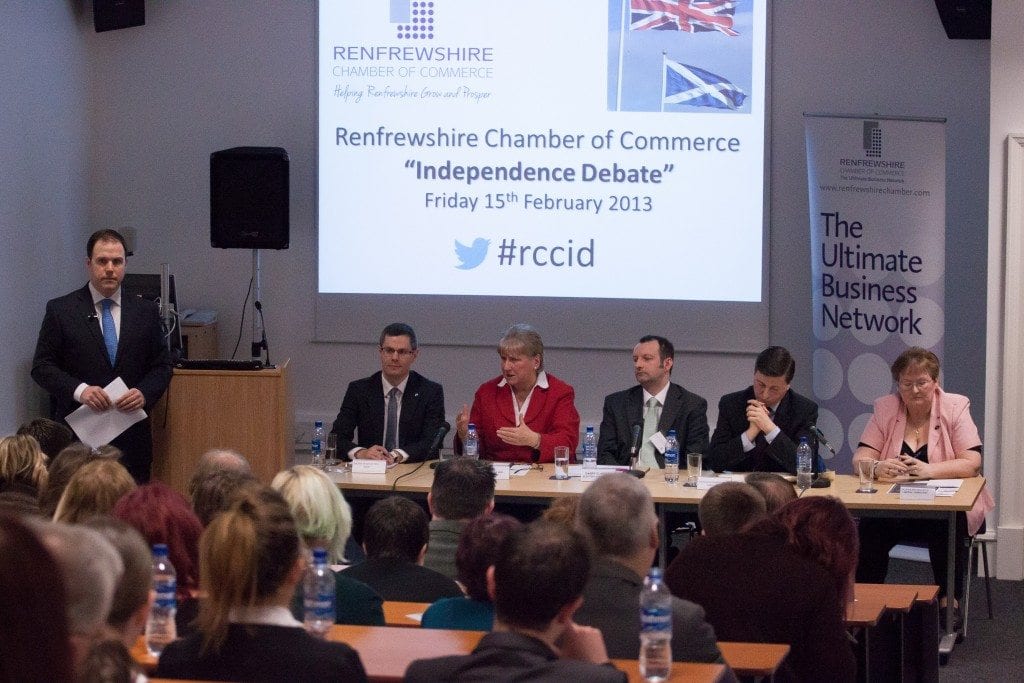 Abercorn Conference Centre in Paisley to question the political panel that included: The panel were asked questions on a wide range of topics including:

-Is Independence good for business?
-Why is there so much focus on this subject when the economy is struggling?
-Will we be better off in an independent Scotland?
-Plus many more questions on the EU, embassies, NATO etc….

-What impact will Independence have on the future of young people in Scotland?
-Should 16 yr olds have a vote on Independence?

The panel and audience were well behaved in what can be an emotive subject. John MacKay ensured all the panel had their fair share of air time allowing them the chance to respond to the many questions.

Chamber president Tom Johnston commented  “…this debate has been in the planning for a long time. It is not easy to get such a high profile panel all in the one place at the same time. The Chamber was delighted with the turnout today of over 100 members – and also great to see so many young people attending and taking a genuine interest in their future. We plan to have a follow up debate in 2014 – by then more information, facts & figures will be available”.

This event was a free event for Renfrewshire Chamber members – to find out more about the Chamber visit www.renfrewshirechamber.com