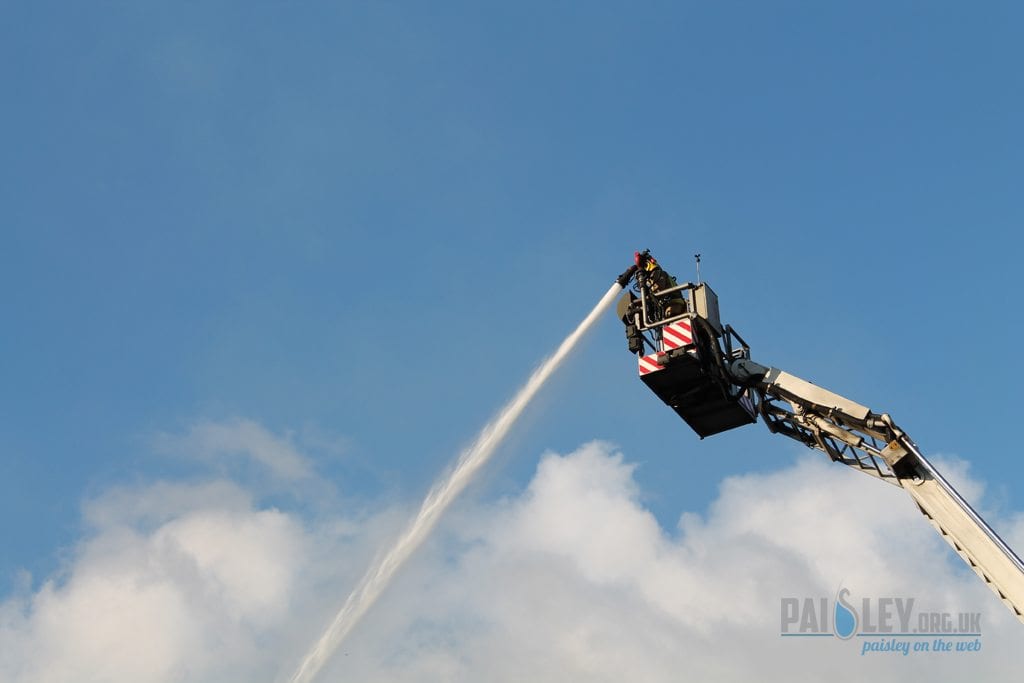 Demolition contractors working for Renfrewshire Council have started work making safe the gutted remains of The George public house on the corner of Causeyside Street and George Street, Paisley.

Once the structure has been brought down to a safe level engineers from Scottish Power will move in to restore electricity to 47 people who have been without power since Sunday night. Power supplies are expected to be restored by approximately 7pm tonight (Monday 25 February).

Six flats above the public house were destroyed in the blaze rendering 18 people homeless. All were either immediately provided with short-term accommodation by the council or made their own alternative arrangements.

No-one was injured in the fire, which started at 3.25am on Sunday 24 February, extensively damaging the building and prompting a major response from

The situation is being kept under review. Residents and drivers should watch media road reports for updates and the council’s Twitter feed and Facebook page.
Councillor Mark Macmillan, Leader of Renfrewshire Council, said, “The council plays a major role at the height of an incident alongside the emergency services. But once the hose pipes have been rolled up and the Police cars have gone we take over the ‘recovery phase’ of the incident.

“Building standards employees are coordinating the demolition work needed to make the structure safe and allow Scottish Power to restore electricity to the area. Other employees are patrolling nearby streets, providing information to residents and an all important safety net for those residents who were away from their flats and have come back to find that their homes’ have been destroyed.”

Glasgow News? Daily Updates part of our network
How to Make a Killing in Bollywood