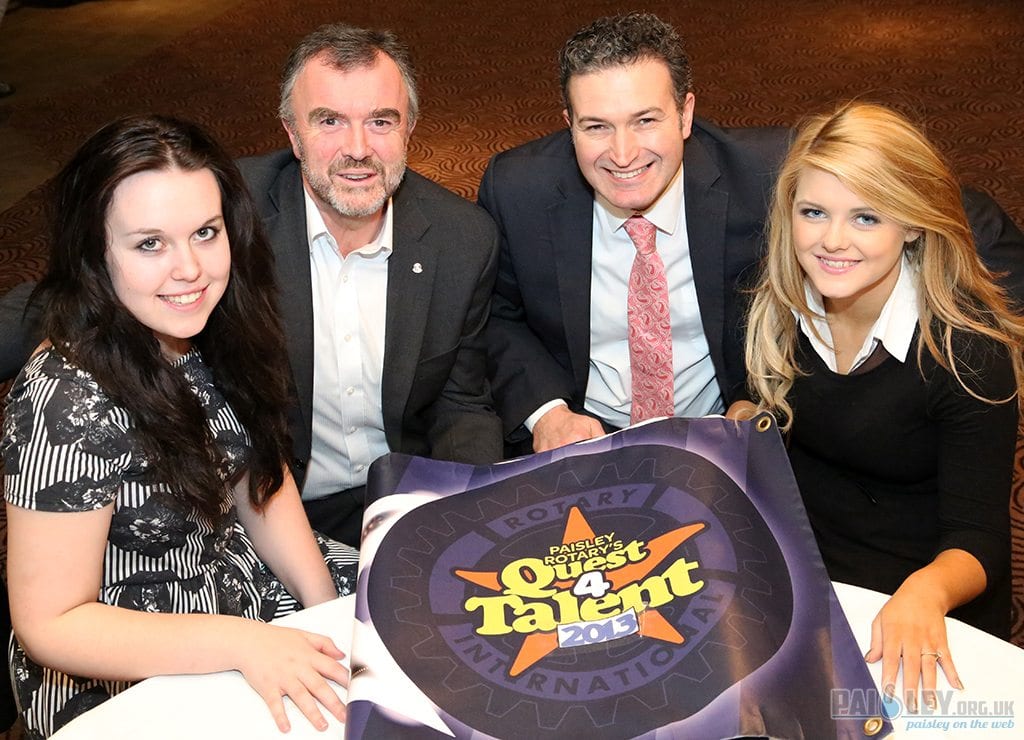 The launch of Paisley Rotary Club’s Quest4Talent 2013 took place on 7th January 2013 at 4.30p.m in The David Lloyd Centre Renfrew,

This is the 5th year of this highly successful competition which has already helped some of Renfrewshire’s most talented performers on the road to success as well as raising many thousands of pounds for local and international charities.

This year as well as the usual categories for soloists, groups, bands, instrumentalists, choirs and dance there are two exciting new categories; musical theatre and traditional music. The traditional Scottish Category is a particularly exciting one for us with the MOD coming to Paisley in 2013, and we are hoping to get entries from traditional musicians and artists in the area. We are taking entries from young people from the ages of 6 up to 25 years old from Renfrewshire and all surrounding areas in the West of Scotland. Closing date for entries is 28th February 2013.

(All Photographs were taken by Alex Kyle for www.paisley.org.uk )

This year our chosen charities to support are Street Stuff and PACE’s Abbey Road Project, as well as Rotary’s international charity.. End Polio Now. We have support from many local businesses and Celtic Music Radio are broadcasting the final for us.

The launch was hosted by BBC’s Sports presenter David Currie and David Wallace of PACE along with Rotary organisers an last year’s winners.

The Grand Final is on Saturday 20th April in Paisley Town Hall with the heats taking place during March at the David Lloyd Club and the Wynd Centre.

Glasgow News? Daily Updates part of our network
Special service to remember those lost to suicide