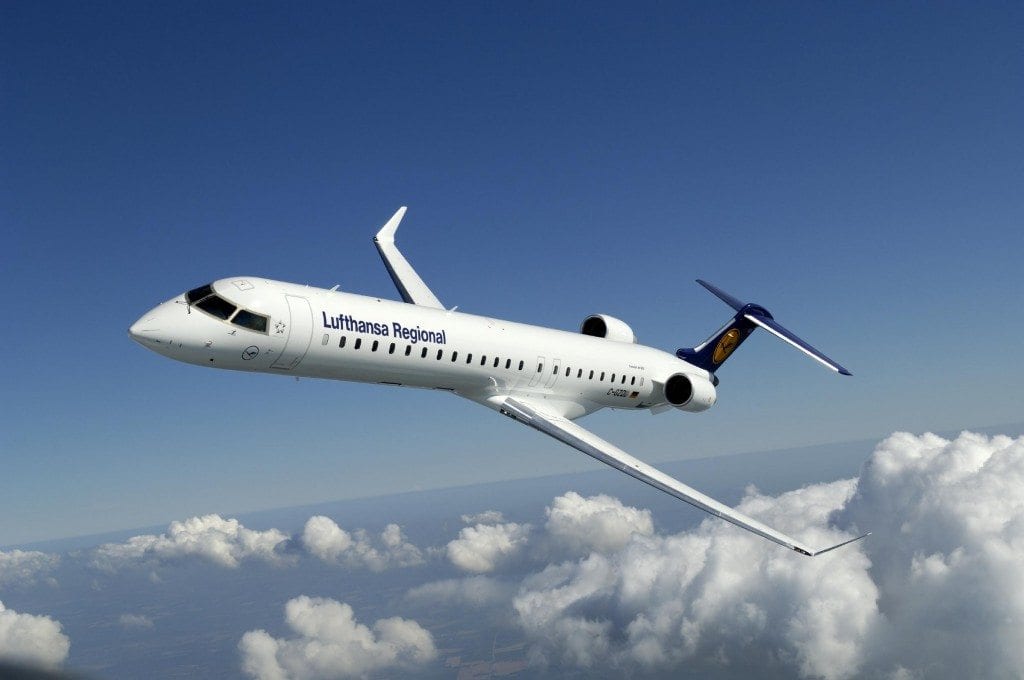 Glasgow Airport is to further strengthen its route network after Lufthansa Regional confirmed it will launch a direct service to Düsseldorf in April 2013. It is the first time Glasgow Airport will have served Düsseldorf, which is located in the heart of the prosperous Rhine-Ruhr region, in 20 years and the launch of the route will also mark the return of the Lufthansa network to Glasgow.

Lufthansa Regional will initially operate six flights per week with the inaugural flight taking off on 8 April 2013 and it will increase to a daily service week commencing 24 June 2013.

Amanda McMillan, managing director of Glasgow Airport, said: “The introduction of Lufthansa Regional’s Düsseldorf service is fantastic news for Glasgow Airport as not only will it result in a direct, daily flight to one of the wealthiest regions in Europe, our passengers will once again have access to the extensive onward connectivity offered by the Lufthansa network.

“Both Düsseldorf and Glasgow are economic powerhouses in their own right and whilst there will undoubtedly be strong demand for this service from within the business community, it will prove a big draw for leisure travellers and has huge potential to generate significant in-bound tourism for Glasgow.

“If we are to further enhance Scotland’s global connectivity then Glasgow must have links with European hubs such as Düsseldorf and we are looking forward to working with Lufthansa to ensure the success of this route.”

Councillor Gordon Matheson, Leader of Glasgow City Council and Chair of Glasgow City Marketing Bureau, said: “Lufthansa Regional’s new route between Düsseldorf and Glasgow, which has been supported through the council’s Air Route Development Fund, is a major boost for the city. Germany represents the largest international market for Glasgow with more than 71,000 trips made each year by German visitors who generate more than £19 million for the local economy.

“The benefits of this new service are two-fold. Firstly, it presents us with a significant opportunity to grow short-break leisure tourism from Germany. Secondly, increased access is a key driver in attracting more delegates to the conferences that meet in Glasgow and this vastly improves the city’s international competitiveness by providing passengers with greater worldwide connectivity through the Lufthansa network.

“Landing this new service has been the result of strong partnership working in recent months, which has included Glasgow City Marketing Bureau, Glasgow Airport, the German Consulate in Glasgow, Glasgow Chamber of Commerce and VisitScotland. It is through this partnership approach that we will continue to develop sustainable airline routes into Glasgow – ensuring that Glasgow International Airport remains Scotland’s leading business and leisure gateway – and connect the city to the global marketplace.”

Stuart Patrick, Chief Executive of Glasgow Chamber of Commerce, said: “This is really excellent news. It gives Glasgow direct flight access to one of the most important industrial centres of Germany in North Rhine Westphalia with an 18 million population, including four of Germany’s largest cities – Dusseldorf, Cologne, Dortmund and Essen – and nine of the top 20 urban centres in the country.

“From a business perspective, the Ruhr-Rhine region is one of the best known industrial centres in the world with many leading German companies like ThyssenKrupp headquartered there. We congratulate the team at Glasgow Airport on securing another important trading connection to add to many others – such as the Emirates double daily route to Dubai – that they have won this year.”

Lufthansa Regional’s direct flights to Dusseldorf are currently on sale at www.lufthansa.com.