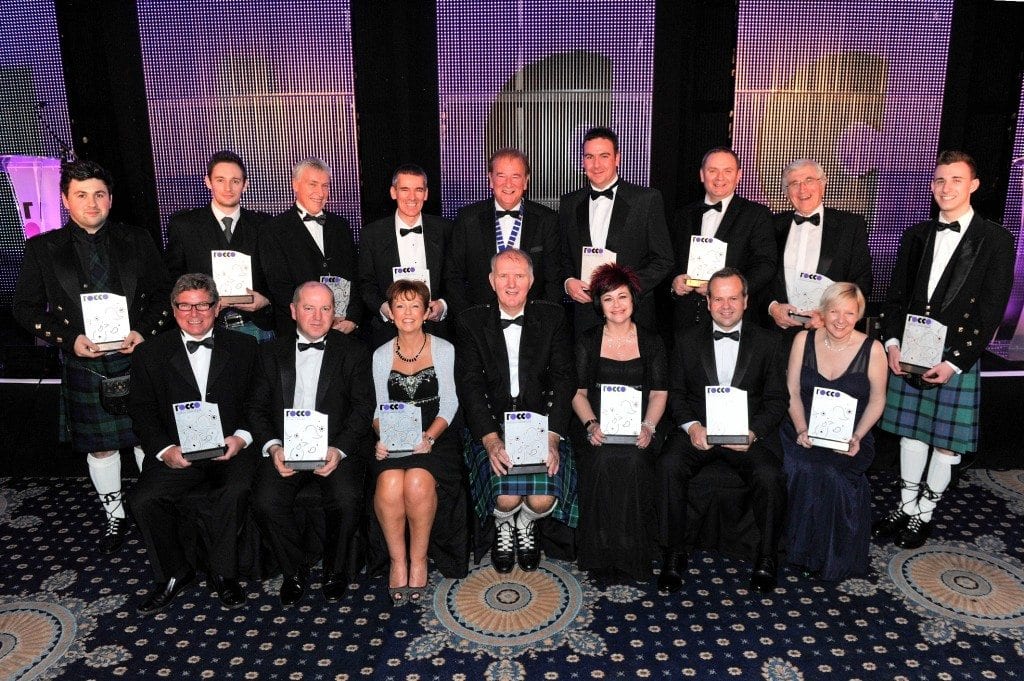 The annual business awards of Renfrewshire Chamber, The ROCCOs, now in their 9th year, took place at the Cosmopolitan Normandy Hotel on Friday 16th November. The sell-out crowd of 480 witnessed 15 ROCCO awards presented on the night and helped raised over £11K for charities and good causes. Hosted by Fred MacAulay, the ROCCOs are known as a positive, feel good event and regarded as one of the best corporate events in Scotland. Commenting on the event chamber president Tom Johnston said “thank you again to all our sponsors and members for supporting our 9th ROCCO Awards. We have received some great feedback, which is great to hear – as ROCCO is a year in the making by the Chamber team. Anyone involved in large events such as the quality of ROCCO knows how much work and effort goes into making it a great night”.

Bob Davidson, chamber chief exec’ further commented “I encourage all winners to maximise the positive PR from winning a prestigious ROCCO. We had our highest ever number of entries and competition was extremely tough, so reaching the final and winning is a great achievement”

“….for ROCCO 2012 we made a number of changes; we refreshed and updated all the categories and increased the number of awards from 11 to 14. We also commissioned a brand new ROCCO award trophy designed and manufactured in Renfrewshire by chamber members and ROCCO winners – Meso”

Sponsor a light for someone special this Christmas