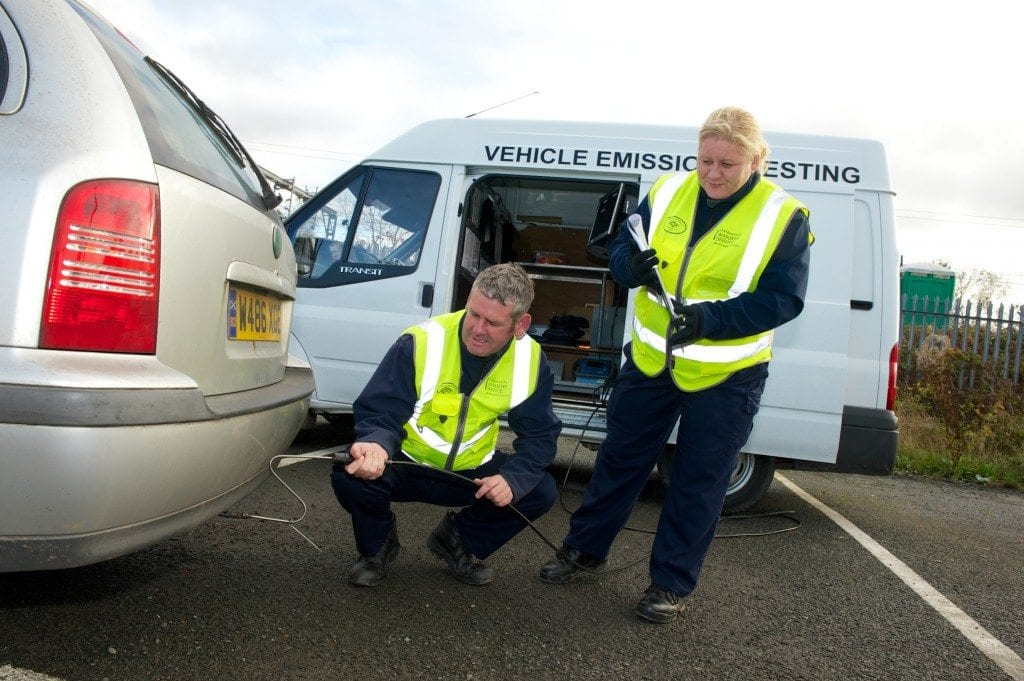 Staff from the Renfrewshire Wardens Service took to the streets of Paisley town centre to check whether vehicle emissions were within the legal requirements.

Of the 281 vehicles tested, four failed and were issued with £60 fixed-penalty notices.

Also present were staff from the council’s licensing section, who inspected 13 taxis and 20 private-hire vehicles – with one driver given an immediate suspension for failing the emissions test.

The tests – at Wallneuk, Renfrew Road, Paisley – were carried out in partnership with officers from Strathclyde Police’s Road Policing Unit, who were responsible for pulling over the vehicles from traffic.

Councillor Chris Gilmour, Deputy Convener of Renfrewshire Council’s Environment and Infrastructure Policy Board, visited the testing site to see the operation in action.

He said: “The aim of this campaign was to issue a highly-visible reminder to drivers that it is up to them to ensure their vehicle’s condition complies with the law.

“The fact more than 98 per cent of vehicles passed the emissions test shows that Renfrewshire’s motorists take that responsibility seriously.

“Vehicle emissions which are outwith the legal limit are liable to pollute the air we all breathe, which brings with it various potential health risks.

“The job of the wardens is to make sure Renfrewshire is a greener and cleaner place to live, and preventing damage to the environment is a key part of that.”

All drivers fined on the day will have the penalty waived if they are able to produce evidence the emissions problem has been fixed within 14 days of the offence.

The police also detected a number of minor road offences during the testing, including vehicle defects and seatbelt violations.

All drivers were also given a council leaflet containing information on the problems caused by vehicle idling.