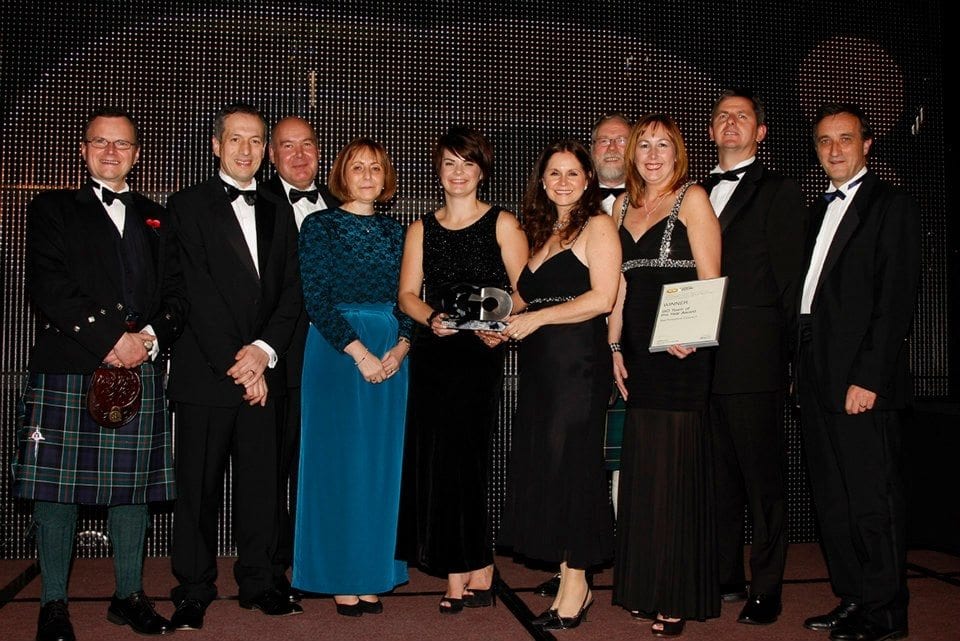 Renfrewshire Council’s procurement team is celebrating after staff won three prestigious awards at their industry Oscars – at both UK and Scottish level.

The team – which oversees the council’s purchasing needs – lifted the Team of the Year and Leadership of the Year titles at the Government Opportunities Awards Scotland last month.

They then followed it up by winning the Outstanding Achievement in Procurement for a Unitary Authority honour at the Society of Procurement Officers in Local Government Awards in London.

Renfrewshire Council established its procurement team in 2009, and since then has delivered savings of around £4 million by introducing more efficient practices.

Councillor Michael Holmes, Convener of Renfrewshire Council’s General Management and Finance Policy Board, who attended the GO Awards ceremony in Glasgow, said: “It is of the utmost importance the council gets value for taxpayer money in all its dealings.

“The council spends more than £200 million a year on a massive range of goods and services from thousands of different suppliers, both big and small.

“The job of the corporate procurement unit is to co-ordinate all contracts and spending as efficiently as possible.

“For the team to be recognised by their peers – and not just in Scotland but at a UK level too – is testament to how well they are doing. I would like to congratulate them on these awards.

“In these tough economic times, it is a real boost that we have been able to save
£4 million, which can then be reinvested elsewhere.”

The submissions for both awards outlined how the council has made savings well in excess of targets by introducing new ways of working over the past three years.

The corporate procurement unit’s innovative structure – with one centralised team dealing with all council spending – is considered rare within local government.

Get ready to ROCCO with Renfrewshire Chamber
Scroll to top