Scottish Mental Health Arts and film Festival Launch was this morning at Paisley Arts centre and it was a cracking event, which will set the tone for tomorrow’s main event at County Square, Paisley from 11am onwards with lots going on so bring the family down to Paisley for a great fun day.

Here are some photographs from today’s event. END_OF_DOCUMENT_TOKEN_TO_BE_REPLACED

‘Paisley on the web’ is getting behind this fantastic year-long adventure from Paisley Buddie Craig Corbett who in his own words says:

“I started to make plans for a project which would change my life and during this time I was talking to my friend and local film maker Paul Mothersole.

We came up with the Idea ‘This time next year’, a project which we will make into a documentary.

The plan is for me to complete 25 goals within 365 days, it might sound easy until you see what these are!

For one year I will go on a journey that will push me to the limits of physical and mental agility.”

We at Paisley.org.uk think this can inspire other Paisley Buddies who think they can’t change their own life, and by following and supporting Craig we can not only follow a fantastic journey but experience something quite different through his journey.

Craig is also lending support to our RBS Community Force campaign http://communityforce.rbs.co.uk/project/208 so please take two minutes to vote for Paisley on the web who not only help organisations and business but, as you can see, individuals who want to better themselves and their community.

END_OF_DOCUMENT_TOKEN_TO_BE_REPLACED

Renfrewshire Council tenants living in two-storey properties are to benefit from a £12million project to improve the outside of the homes.

For those living in the town or visiting, there is an exhibition of old Paisley photographs in the Foxbar Library, Ivanhoe Road, Paisley. The exhibition dubbed “The New Town of Paisley” shows dozens of stunning photographs of the town, most of them taken 60 years ago.

The opening hours  are

Admission free and the exhibition runs until the end of October.

The Renfrewshire Festival Team is proud to present this 4th programme as part of the national Scottish Mental Health Arts & Film Festival.

Our programme features 47 events, including the genres of: art, comedy, drama, dance, film, music and words, in venues from theatres to pubs, and involves many participating partners including community arts groups, service user groups, Renfrewshire Council and Renfrewshire CHP.

‘Beating Stigma’ is our big public launch in County Square on 1 October 11am—3pm. It promises to be an interactive & entertaining event; showcasing the talents of local musicians,
singers and dancers hosted by Gina McKie of Radio Clyde. END_OF_DOCUMENT_TOKEN_TO_BE_REPLACED

We have on average 10,000 visitors per day with a huge number of page views.
Our Facebook pages have a combination of 4,000 likes (last month we had 250,000 views on our posts alone) and we have accumulated over 3,000 followers in our various Twitter pages.

We also have 2,500 registered users on the website. Now, is this the kind of advertising network that sounds appealing to your business?

We have two advertising positions to offer: First, a text link which is cost effective and can be placed in the footer of our pages (over 5220 indexed pages so therefore 5220 link backs to your own website). This can be purchased at a yearly rate of £100 or a monthly rate of £20 and uses either your business name or your keywords. It points at a webpage or landing page of your choice, no minimum contract. END_OF_DOCUMENT_TOKEN_TO_BE_REPLACED 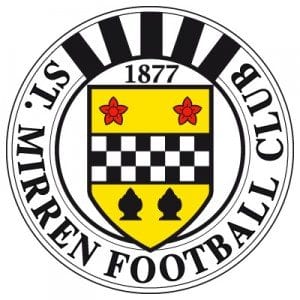 After a morale boosting midweek cup win in Perth the Saints welcome Kilmarnock to St Mirren Park on Saturday, with Killie on a good run at the moment this will be a hard game for the Buddies and with the weather due to be wet & windy this will be a tough test. Does Danny stick with the team that produced a good result midweek or will he freshen it up again we will have to wait and see, Mooy(Back), Murray(Knee) and McGregor(Knee) are the only absentees for Saints and Killie must do without O’Leary and Buijs.

Tickets are still on sale at the Greenhill Road ticket office right upto kick off. END_OF_DOCUMENT_TOKEN_TO_BE_REPLACED

Bee Gees star Robin Gibb discovers a tale of poverty and grit as he finds out how his paternal great grandfather overcame the odds to become a decorated soldier. The trail leads back to Paisley, the famous centre of Scottish weaving, as Robin attempts to solve the mystery of a family breakdown.
On his mother’s side, Robin wants to find out more about his great grandmother, Cecilia Lynch, who was a midwife. As Robin follows the document trail, he is shocked to discover that his great grandmother was hauled before the Midwives Penal Board in a tragic case involving one of the babies she had delivered. What happened – and was Cecilia at fault? END_OF_DOCUMENT_TOKEN_TO_BE_REPLACED

A massive £30,000 has been raised for two local charities at a glittering ball hosted by Renfrewshire’s Provost Celia Lawson.

The funds will be split between the Provost’s two chosen charities for 2011, St Vincent’s Hospice, in Howwood and Accord Hospice in Paisley.

XFactor and Popstar to Operastar winner Joe McElderry performed for guests at the glittering event at Mar Hall along with local talents Sorcha Lynch, Kiera Swift and Jenna Milroy.

The night, which was compered by STV weatherman Sean Batty, was a huge success with local organisations, businesses and residents all taking tables and digging deep for the charity auction. END_OF_DOCUMENT_TOKEN_TO_BE_REPLACED

Wedding Fayre The Watermill Hotel in Paisley is holding a wedding fayre in their new Ballroom on Sunday, 2nd October 2011 from 1.00pm to 5.00pm. Due to the popularity of their first one in March the hotel decided to host a second one this year, following increased demand and a number of enquiries from customers and suppliers. Visitors on the day are invited to enjoy complimentary tea and coffee and spend a relaxing Sunday afternoon browsing the stalls of select local suppliers who offer a wide range of products and services.

END_OF_DOCUMENT_TOKEN_TO_BE_REPLACED

Erskine Motorbike Meet started a few years ago, about 5 or 6. Four bikers turned up at Erskine Hospital for a tour around the main home located in Bishopton. After the tour, they said they wanted to do something to help fundraise for Erskine.

So they decided on a bike meet. The first year, 30 bikers turned up, next year, 100, then 300. In 2010 1000 turned up and this was the year I got involved. For various reasons the four friends couldn’t continue with their part of the organising so I was roped in to help Erskine with the organising. 2010 was also the first year that the BBQ, live music and family entertainment were introduced and Arriva provided the shuttle bus that ran from Paisley Gilmour St. to Erskine Hospital, for the non-bikers.
END_OF_DOCUMENT_TOKEN_TO_BE_REPLACED

On Friday 7th October at Paisley Town Hall, The Official World Champion Elvis Tribute Artiste Johnny Lee Memphis is bringing his spectacular Absolute Elvis Show to Paisley. Since winning his title Johnny has been touring his show around Scotland to fantastic reviews and this will be his first visit to The Town Hall, where he is hoping to wow the audience with his award winning performance. Johnny’s incredible vocal range, stage presence and likeness to the king earned him the title of World Champion at the Elvis World Cup. His titles also include Best Vegas Elvis.