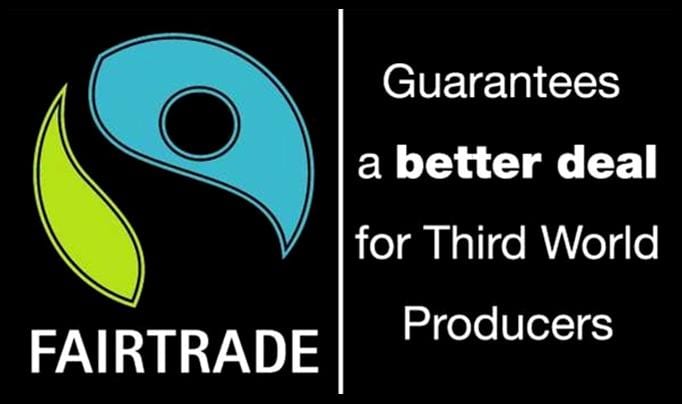 Renfrewshire will host a packed programme of events during this year’s Fairtrade Fortnight as part of the bid to make the whole area a Fairtrade zone.

These include a Fairtrade roadshow which will travel to venues across the area such as Braehead shopping centre, Glasgow Airport, Castle Semple visitor centre, Renfrew leisure centre, and the Paisley campus of the University of the West of Scotland. Volunteers from Renfrewshire Fairtrade Steering Group will run a stall providing leaflets, sample tasters and information on why Fairtrade is important.

END_OF_DOCUMENT_TOKEN_TO_BE_REPLACED

No increase in council tax, a new campaign to clean up Renfrewshire, and major investment in roads and primary class size reduction are among the highlights of Renfrewshire Council’s budget for 2008-09.

Councillors have approved a Â£413million budget for spending on council services for the coming year, along with a three-year Â£156.5m capital investment programme.

“Renfrewshire is seeing the benefit of a developing partnership between councils and the Scottish Government,” said Councillor Derek Mackay, leader of Renfrewshire Council.

“We have secured the resources to make sure there is no increase in council tax while at the same time having more freedom to deliver our own key policies.”

“The council is delivering on its main priorities and is improving a wide range of services while not increasing the burden on council taxpayers.”

“Our budget will also see significant investment in modernising schools, improving the condition of roads and bridges, boosting support for the care of vulnerable children, and introducing our flagship policy on giving communities more involvement in decision making.”

One of the council’s key proposals will be a package of measures to improve the environment. An additional Â£2.2m per year will be spent on recycling and waste management. This will also bring kerbside recycling collections to the 8,000 Renfrewshire households which don’t currently have that option. A ‘Clean Renfrewshire’ anti-litter campaign will be launched this spring with a budget of Â£257,000 while a further Â£250,000 will support a community caretaking pilot scheme to keep areas clean and litter free.

The budget features further significant support for town centres. Johnstone will benefit from a Â£200,000 programme of landscaping and access works linking the town centre to the major developments by Morrisons and Dawn Homes. The current town centre works in Renfrew will benefit from improved links to the Riverside regeneration area with Â£300,000 of capital investment over the next two years.

END_OF_DOCUMENT_TOKEN_TO_BE_REPLACED

Oh no here we go again, the weather is turning for the worse tomorrow and Paisley will no doubt be battered with the strongest of the winds as normal.

The Met Office is expecting very strong winds across northern parts of the UK during Tuesday, with severe gales in places. The strongest winds are likely to affect Southern and Central Scotland, along with the northern parts of Northern Ireland and the far north of England. Here, westerly winds are likely to gust to 70 mph during daylight hours, steadily easing during the evening. Disruption could occur to transport and power supply networks. This warning will be updated at around 1000 on Tuesday 26th February unless superseded by Flash Messages.

Okay so there is only one Paisley but if you live outside of Paisley how good is your local website? If you are a local authority or organisation outside of Paisley then our team can be contracted to design and build a website for your community just like Paisley on the web creating an online community for your town or area, it does not have to be as big as the Paisley website, but there should be one keen individual willing to make the website work, please contact us via our contact page to enquire more about this offer.

If you are a group or organisation within Paisley then good news I will put you up a page on Paisley.org.uk for free, and also advertise your events for free, i.e our local Boys Brigade club meets every Friday at St Columbus Church, Foxbar from 6.30pm till 8.00pm just use our contact page to send in the information and we shall put it on right away..

If you have n amateur football team why not even send us your team news and results? the scope for inclusion into the Paisley on the web website is wide open. It will be good to hear from you.

We have teamed up with BTL Solutions to deliver the latest Property Investment opportunities to the visitors of Paisley.org.uk .

Our new property section is located at www.paisley.org.uk/property/ if you wish to find out more about any property that is featured on the page please use our contact page to request more info and we shall get one of the team to give you a call without delay.

I Have decided to put the blog on the Paisley.org.uk website as the blog on blogger was a bit harder to make it look like part of the Paisley website and this way its ten times easier to find for our visitors.

You now can go directly to www.paisley.org.uk/blog/ How sad is it we dont have a proper toy shop in Paisley anymore the nearest big toy shop is Toys r Us in Govan, what a trek eh? The name change from The University of Paisley to the University of the West of Scotland, in Paisley. Some might say shocking move some may even say its progress and progress is good, or as my lecturer says UWS “Utter Waste of Space” I will let you decide…

My thoughts are, we are lucky to have such a fine establishment in our town no matter what its called.. This is one of Paisley’s Favourite chippy’s and its been a stalwart business in the town for many years also Alans in Storie street, whats your favourite chippy?

Maybe the Hippy Chippy or do you remember Bruno’s ? let us know in the message board on www.paisley.org.uk or click here to go direct to the forum

This information is in the evening times please follow the link at the bottom of the page to read the full article.

CARS are to be offered better access to Paisley town centre after more than 10 years of campaigning by struggling shop owners.

Roads surrounding the High Street, which have been limited to buses and taxis for years, will be opened up as part of an action plan to attract more shoppers.

The proposals follow an 11-year battle to reopen the heart of the town to all traffic after key through-routes were turned into one-way roads and bus lanes when the High Street was pedestrianised in 1997.

Studies show that Braehead, with its free parking, has contributed to a 50% sales slump in recent years.

read the rest of the article here. I was out with Paisley on the webs newest aquisition the canon eos 350d digital slr camera, as you may have seen over the last few days I have been out playing with the camera and taking some stunning shots of Paisley “nothing like blowing your own trumpet”

I will also do photos on demand for people, so if you would like to see images of a certain part of Paisley email us and we shall endevour to do our best to get the images for you.

As you can see in this shot I have taken an image of the waterfall at the Hammills in Paisley and slowed down the shutter speed to it looks like there is motion in the water.

Look out for more photographs around Paisley. thanks to all who have donated into the website.

What a joke Lloyds TSB is on Paisley high street, I cant believe some of these people are in charge of our money.

We have been trying to setup a bank account with them for the Paisley website just basically a club bank account which gives you the very basic of banking facilities “enough for us to apply for funding” however our secretary and one of our committee members went down to apply for the account yesterday and had all the correct information that was to show their identity “I checked the forms too” and some woman in Lloyds TSb said that it was insufficient, now let me tell you she actually had three or four more items that were insufficient “not according the the guidelines they weren’t” so our committee member was told to bring another form of ID back with her the next day.

On returning the next day “this morning” she was told that that said form of ID was not acceptable.

I am raging at them, if any other company’s organisations, Charity’s, clubs individuals please do not setup an account with Lloyds TSB you will have nothing but hassle with them.. Support Paisley on the web and go to somewhere else the Royal Bank of Scotland or something somebody who actually you can get through to and speak to.. This is what we should have done first…

Take heed Lloyds TSB we wont put up with your nonsense..