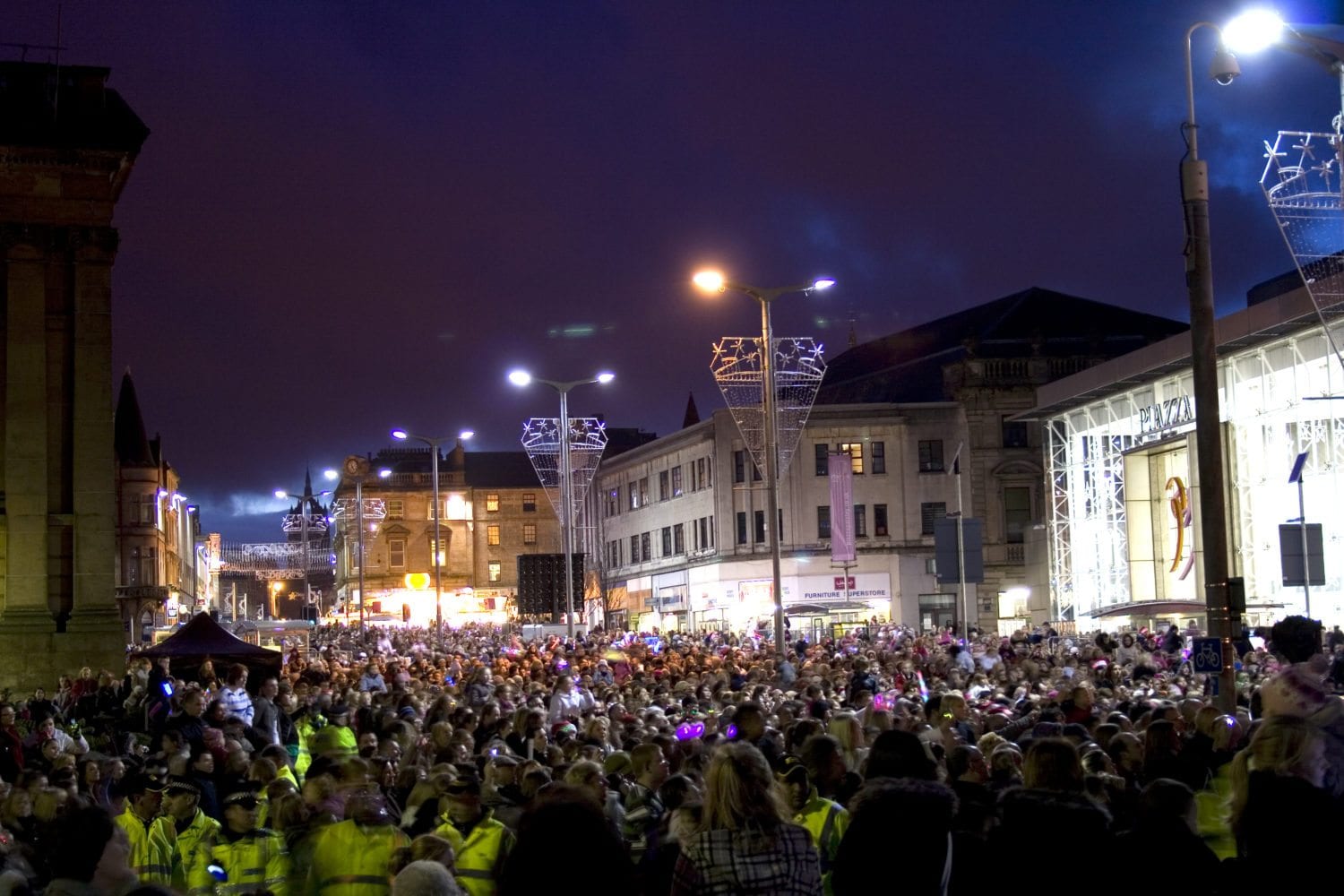 This year’s Paisley Christmas Lights switch-on promises to be bigger and better than ever before, with not one, but two headline acts performing on Saturday 16 November.

UK hip-hop star Tinchy Stryder and Dundee rockers The View will be on hand to kick off the celebrations alongside boyband Mr Meanor, female pop sensation Alexa, the Clyde 1 Roadshow DJs, and Santa Claus with his reindeer.

Tinchy Stryder will take to the stage performing his biggest hits, including new single Help Me. With two top 10 albums, seven top 10 singles, Tinchy will get the party started in style. With two number one singles under his belt and collaborations with acts such as Taio Cruz, Wiley, Pixie Lott and Calvin Harris, Tinchy will bring a show never been seen before in Paisley.

The View formed in 2005 when four schoolmates got together and started writing music.

Two years later, they emerged with the Mercury-nominated, chart-topping debut album Hats Off To The Buskers and embarked on huge tours, tearing up stages across the globe.

Before the big finale there is a terrific line-up throughout the day. Starting with the traditional reindeer parade at noon from Gilmour Street, which this year will be led by Santa Claus himself!

Completing the musical line-up is Mr Meanor, a four-piece pop/R&B boyband with members from the US and UK and YouTube sensation Alexa.

On the main stage in Gauze Street the Clyde 1 Roadshow team with DJs Gina McKie, Romeo and Gavin Pearson will be ready to kick-off the live entertainment from 1pm.

They’ll introduce all the top performers, as well as playing music and offering some great giveaways and prizes throughout the afternoon.

“This year’s line-up will again draw a huge crowd to Paisley town centre for the performances and the programme of activities and entertainments going on throughout the day.

“Renfrewshire Council has invested in our events programme to support businesses and boost the regeneration of Paisley town centre. The Christmas Lights switch-on is a highlight of that approach.

“We are continuing to work with the local business community on their continuing involvement in and support of the town centre events programme.

“Last year almost 40,000 people came in to Paisley town centre for this exciting annual event. We’re all looking forward to another fantastic day in Paisley.”