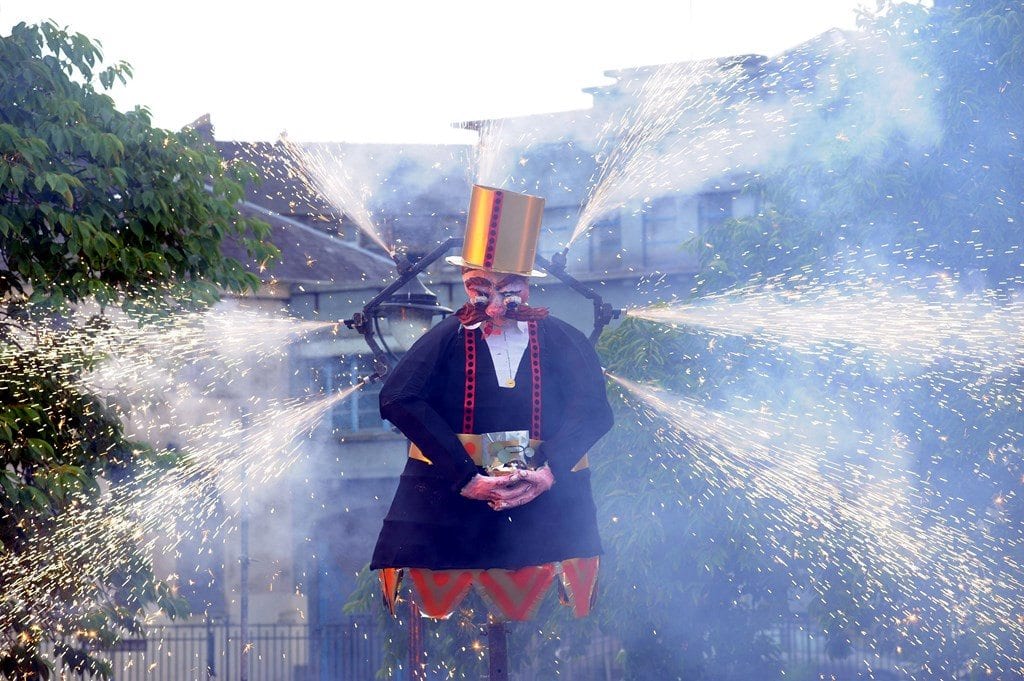 Fun in the sun as Sma’ Shot Day celebrated

Renfrewshire residents had fun in the sun when the area’s big summer event calendar continued with Sma’ Shot Day.

Around 2,000 people gathered in Paisley town centre for the popular annual day out, designed to celebrate the 19th-century mill workers’ victory over their bosses in an industrial dispute.

The day kicked off at noon with the annual parade from Brodie Park to Abbey Close, headed by the familiar pounding of the Charleston Drum, carried by Freeman of Renfrewshire Tony Lawler.

The parade was joined for part of the route by St Mirren mascot Paisley Panda, who brought with him the League Cup.

At Abbey Close, speakers including Renfrewshire’s Depute Provost John Caldwell addressed the crowds, before DJs from Pulse FM took over the stage to provide entertainment.

There was also a tea dance at Paisley Town Hall, and a film and display at Central Library on the life of celebrated Paisley trade unionist Willie Gallacher.

The day culminated, as always, with the spectacular Burning of the Cork – an effigy of a mill owner, which always meets a fiery ending.

Depute Provost Caldwell said: “Sma’ Shot Day is always a popular event for all the family, and I’m glad to say this year turned out no different.

“Events like this are a key part of the council’s strategy to get people into our town centres, so I was glad to see the day was so well attended.

“The event’s roots are connected to an important chapter in the history of Paisley and Renfrewshire and it is great to see people celebrating that to this day.”

Sma’ Shot Day celebrates the victory of Paisley’s weavers over the town’s mill owners in the 19th century.

The owners refused to pay their staff for the Sma’ (small) Shot thread which was unseen but held together the famous Paisley-patterned cashmere shawls.